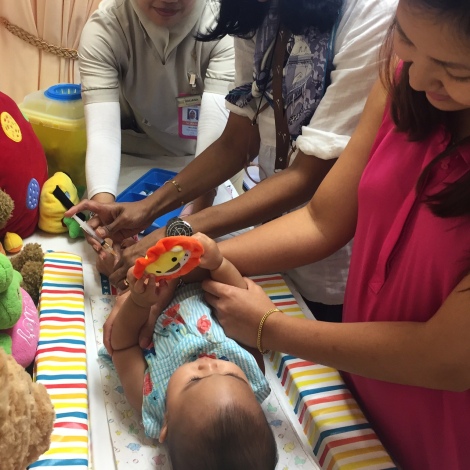 Support for LGBTs, the anti-vaxx movement or the crumbling of the EU… which news is more important?
By Zan Azlee

Last week, I had written about three news pieces that appeared in the media and also posted a poll online to see which of the stories were most important according to Malaysians out there.

The three stories are; an ostrich running down the highway, Tun Mahathir Mohamad being denied as a guest on a talkshow and RM12 million allegedly paid as ransom to the Abu Sayyaf.

Here are the results:

It’s interesting to see how people voted in the poll. Tun Mahathir got the least amount of votes. I guess he’s becoming a tad bit predictable these days. Or people are just exhausted.

The most voted story was about the RM12 million alleged ransom. The issue has no answers even till today and the government is just keeping mum. So I guess people want to know more.

The story about Chickaboo the ostrich running down the Federal Highway in broad daylight came in a close second. Now that’s a damn good story!

Okay, so let’s see if we can start a poll going again this time around based on some of the more interesting stories that appeared in the Malaysian media last week.

The first one is the call for the boycott of Honda in Malaysia because the company decided to support the LGBT community by participating in a gay pride parade in the US.

Is Honda evil? Is the boycott even going to be of any significance? If you want to declare a boycott and you’re not planning to buy a car anyway, how does that change anything?

The second story is about the sudden rise in preventable diseases due to the increase in followers of the anti-vaccination movement in Malaysia.

This I really can’t comprehend. How idiotic can parents be to not want to vaccinate their children? It’s like committing murder. I’m not hiding my thoughts on this issue!

The third one is the most talked about international story – BREXIT! A lot of Malaysians have the idea that the United Kingdom leaving the European Union has no effect on their lives.

So here’s this week’s poll. Which news story from last week do you think deserve to be given more importance in the media?