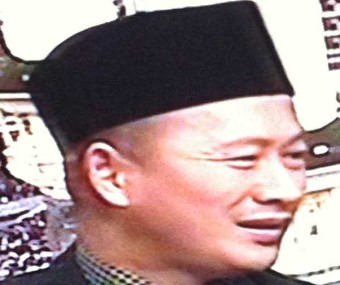 Mary says no ‘Islam-bashing’ in churches
By Zan Azlee

A few days ago, I received a Facebook message from an old university friend of mine, Mary Michael, who is from Sarawak. We were studying in UiTM, Shah Alam, together. She had a big concerned and she needed my help to address this concern. It was regarding the most-annoying Ridhuan Tee Abdullah and an article he had recently wrote.

The article, which was carried in Sinar Harian, defended the criticism that was thrown towards a seminar about combating Christianisation in Malaysia organised at UiTM. Many accused the seminar, organised by the Academy of Contemporary Islamic Studies, UiTM, Warisan Ibnu Aaby and the Selangor Islamic Council of being “Christian-bashing”.

Tee went on to say that it wasn’t “Christian-bashing” and that it was a legitimate concern of Muslims that Christians in the country were out to convert Muslims. He reminded readers that it was a crime to spread religious teachings to Muslims in Malaysia other than that of Islam. Tee also added that whatever that was said in the seminar was not as bad as anything that was said in churches, implying that “Islam-bashing” was going on among Christians.

The only reason why no fuss is made about “Islam-bashing” in churches because no one knows about it and Tee suggests that Muslims “infiltrate” churches to find out for themselves. Now back to the concern of my old Sarawakian friend from UiTM, Mary Michael. Here is what her message to me read:

“pls b**ch slap this guy again will u zan azlee… in my yrs going to church never ever the priest or the church bashing other religions.” [Click to read the full article at The Malaysian Insider]

Recently, I was invited on @thejantancollective’s talkshow called 'What's Up With That?' to talk about the Emergency that was declared in Malaysia along with Constitutional lawyer New Sin Yew. We talk about the legalities of the Emergency, what can and cannot be done, and if Parliament can actually convene.
I agree that political and social awareness through education needs to be ramped up in this country. I agree that the youth could use more exposure and literacy when it comes to these issues. Nothing would make a better tipping point for this to happen than for the government to immediately enforce the #UNDI18 law.
So Calibre magazine did a feature on me in their January 2021 issue. Nothing much... just a day in life of the great Zanster! Muahahaha!!
Come to think of it, the youth deserve to vote more than the old, no? I mean, they are going to live longer so they have more at stake to make sure the country turns out well. The older folks... it's just like 'Tick tock tick tock... anytime now'!! Hahaha!! #Undi18
And so #ChineseNewYear ends!! Stuck at home but thank god for family nearby and awesome neighbours... it turned out to be a great celebration! #KongHeiFattChoy #CNY #MCOCNY #TheBustAzleesCNY #TheBustAzlees #TheBustAzleeMafakas #FatBidinHQ
Sometimes, the very people we don't want to accept in our society turn out to be the ones who most genuinely are helping. #Refugees #Covid19 #MCO #PKP
Secret breakfast!
I wrote this for my column at Malaysiakini last week when the first #ChineseNewYear SOP was announced by the government. Now, they have announced a newer SOP. I want to believe my column played a part. But I am sure @drjasonleong’s tweet was what really did it! Hahaha!