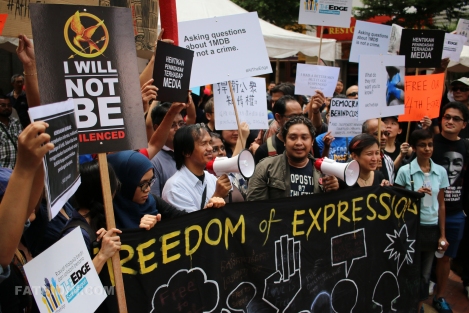 The talk about having a media council has been going around for many decades. But like most things in Malaysia, talk always remains as just talk.

Now the government is talking about the media council again. Two cabinet ministers have already mentioned it publicly. Let’s see what happens now.

One of the first things that need to be changed are the laws that surround the media in Malaysia. We have very oppressive media freedom laws.

One such law is the Printing Presses and Publications Act 1984 (PPPA). Under this law, it says that any organisation that would like to operate as a news outlet would have to register with the government and apply for a permit.

Usually, the organisation would have to renew it annually.

This act is supposed to regulate the industry and ensure there is responsible journalism in the media. However, everybody in Malaysia is familiar with how the previous government under BN abused this law to their advantage, well, allegedly.

The laws were used to control news organisations and the permit approved would always be with undocumented conditions, allegedly.

If you worked in the newsroom during those decades you would also know that the senior editors would often get called by the offices of various government leaders to answer for articles and reports that have been published or broadcast.

I think everyone is also familiar with how, during those decades, journalists and writers would get called up by the police for investigation if they wrote anything that would be deemed unfavourable to them.

Most of these detentions don’t end up in court, but it still involves handcuffs, purple suits and three-day lock up.

I have had my fair share of experiences as a journalist, too. Although I have never been detained in the lock-up or interrogated, I have been told not to write what I write.

I have also had my content banned from being broadcast on national television. And, of course, there were the threats from the non-authorities as well.

I used to get all kinds of emails, messages in my phone and comments that were supposed to be intimidating and fearful. Death threats came in the form of calling for my beheading or even threats of wanting to beat me up.

The worst would be the threats and comments that were made towards my children and family.

The thing is threats from people out there usually end up being nothing. They are all just a bunch of cowards. I usually just ignore them. But the intimidation that comes from the authorities can be real.

Who we really should be afraid of is “Big Brother” because they have the law behind them.

That is why, now that a supposedly new reform government is in power, something needs to be done. Admittedly, it has been significantly better for journalists and the media since they took power.

No journalists have been arrested, no news organisations have been raided or shut down.

However, laws that can be used and abused against journalists and the media are still around. Just because the government isn’t enforcing or abusing the law doesn’t mean that they will never use it if they so choose. That is why these laws must be repealed. It isn’t just the PPPA, but also draconian laws that allow detention without trial.

So, back to the media council that is being talked about so much. Like I said, having a media council is a good idea because this council, which should consist of media practitioners and journalists instead of government officials, can ensure professionalism in the industry.

Several things that the council should concentrate on would be ensuring the welfare of journalists and media practitioners. The council also should regulate the code of conduct of news organisations and ensure responsible journalism.

But, there shouldn’t be censorship. That is a big no. If anything, they should fight for no censorship.

At the end of the day, my call to the government would be to fix laws that loom over journalism and the media before even thinking of trying to show that you care about freedom of the press by talking about a media council.

Unless the setting up of the media council is also to fight for improving these laws. Then it would be okay.