Are Weddings the Beginning or the End of Marriage?
By Sheril A. Bustaman

The definition of a wedding is a marriage with accompanying celebrations, according to Merriam-Webster. Meanwhile, a marriage is defined as an intimate or closed union of two people as spouses. By those definitions, it is very possible to commit oneself to a person without having to throw a wedding reception. Yet it is an age-old tradition that these unions need to be celebrated, or somehow the marriage is invalidated in the eyes of society or somehow quietly shunned. It is an unspoken rule that when two people get married, they absolutely must have a wedding reception under the guise of celebration and love. But are weddings truly necessary, and do they inevitably actually contribute to the decline of the marriage in the end?

Eight months ago, I married my husband Zan Azlee. We had a simple solemnization ceremony in a mosque close to my childhood home followed by a simple lunch of Chinese dumplings with 50 of our closest family and friends. Altogether, the event cost us approximately RM2,000 (USD500) and everybody had a wonderful time, including us. You see, this is not Zan’s first marriage and he comes with two young children who are 7 and 3 respectively. Our courtship like everything else about us was unconventional, and much of our romance and plans for the future prioritized what would be best for the kids. That being said, we have never been fans of large-scale, over-the-top extravagance which is why our quaint ceremony and luncheon filled our hearts with so much joy and satisfaction.

Just over three weeks ago, Zan and I had our wedding reception that our family requested. It was an elaborate two-parter, with a traditional Chinese tea ceremony in the morning followed by a banquet lunch in the afternoon. We had a professional photoshoot of wedding pictures that we put up in a slideshow and I had three costume changes. 300 guest attended and sat down for a 9-course Chinese meal in the grand ballroom at a country club. The wedding reception cost our parents and us an approximate total of RM35,000 (USD8,500) and when it was all over, I went home and slept for 15 hours, before getting sick for a week. 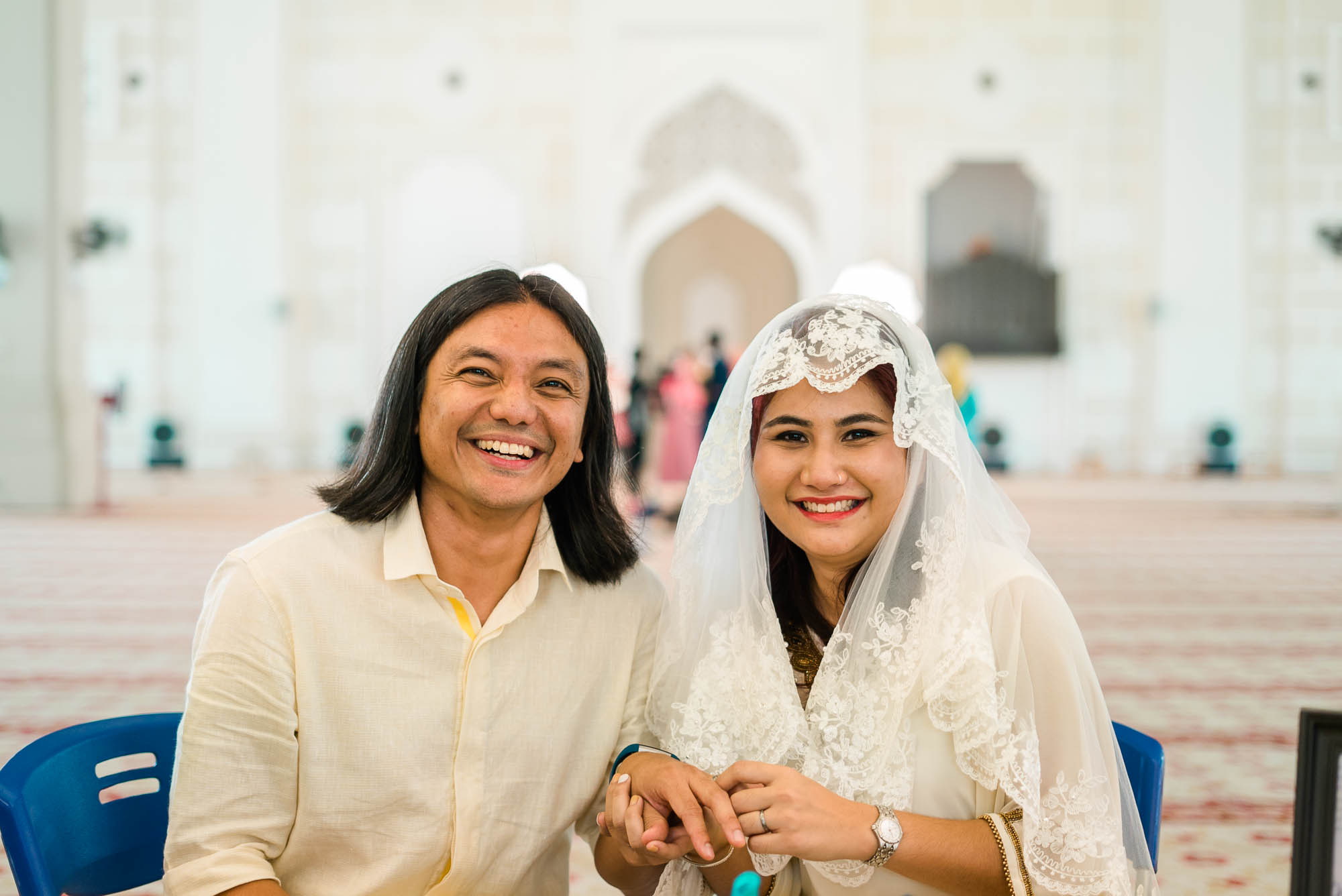 Marriage is not a cakewalk. Take away the children in the equation from mine and there are still many things my husband and I need to consolidate between each other. From big things like personal insecurities to small things like personal ticks and habits, the merging of two lives is time-consuming, messy and suffers from intense growing pains. It is a real test of a couple’s resilience and determination to stay together, and is definitely not for everybody. This definitely shows in the divorce statistic of first-time marriages in Malaysia. Between the years 2014 to 2016, there have been a total of 171,252 recorded divorce cases in the Syariah court of Malaysia, and the statistics for the non-Muslim divorce cases are still coming in. Many of these cases also cite abuse, extramarital affairs, and neglect. Some of the marriages also ended in divorce within the first six months.

Weddings are not exactly a cup of tea either. To conform to the evolving societal standards of a wedding reception, couples tend to find themselves in debt even before tying the knot. Many Malaysian couples take loans to finance their wedding reception, and struggle in the first years of their marriage in order to repay said loans. The wedding is often considered to be the couple’s first big expense, but the logic behind spending a substantial amount of money above your means for one afternoon or evening as opposed to investing that money into your future with your spouse. This is easier said than done, what with familial pressure to adhere to traditions and maintain a certain reputation amongst extended family members and friends. It has become a culture to have a wedding reception not so much for the couple but as the parents’ rite of passage to in-laws status amongst their peers, hence the pressure on the bride and groom to make sure the wedding reception is of a certain type of standard. 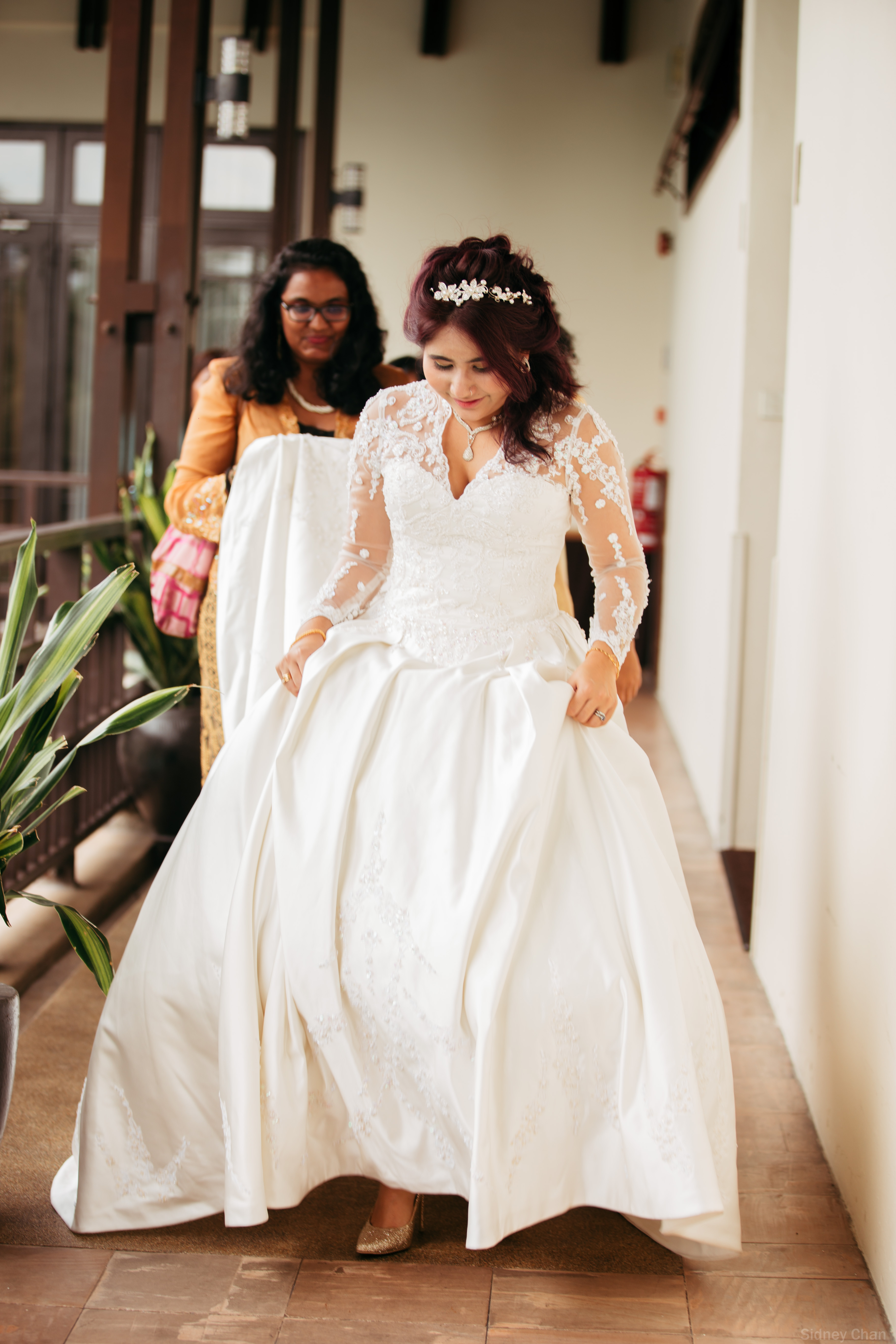 There is no disputing that everything is done with the best intentions and a lot of love. At the end of the day, parents just want their children to have something to mark the occasion with and to remember them by. I know for a fact my own mother orchestrated this whole wedding reception as a legacy to be left behind for me to tell my children about which I deeply appreciate. So maybe the real culprit here is society that has evolved the idea of marriage into a display of materialism. Over the years with the rise of capitalism, the cost of throwing a beautiful wedding has also increased. The birth of wedding trends also contribute to raking up additional cost, with thematic props, layouts and locations that need to be rented in specificity. It is only too easy to get caught up in the hype of it all and find yourself drowning in debt and stress later on.

I guess the lesson here is that a couple should always remember that the wedding is but one part of the marriage and that there are other bigger, more significant parts to it that matter. Going back to the basics of why the two people want to be together is always a good check and balance exercise and couples should always keep within their means when throwing their wedding reception in order to ensure it is the joyous occasion it is supposed to be and not one with regret and financial repercussions.

Parents should also keep in mind the kind of responsibilities the couple will have to undertake in their marriage, and scale back on their expectations for the wedding. Society as a whole in this economic climate need to also evolve with the times and be more understanding and supportive of a couple’s decision to throw smaller, intimate weddings at lower cost instead of scrutinizing the value of the wedding reception and neglecting the value of the couple’s relationship. Maybe then, the marriage will truly start off on a right foot with realistic expectations and honesty that can last till death do them part.