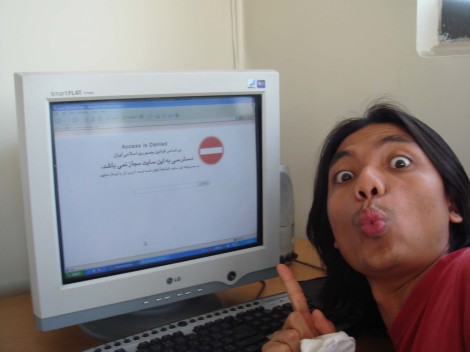 So what if a rich tycoon wants to be a media owner?
By Zan Azlee

MEDIA ownership is a funny thing. Anyone who has the money and the resources to do so can own a media outlet and, once they have it, use it to spread almost any narrative they want, short of defamation. This has been proven across the world.

Look at Italy where former president Silvio Berlusconi owned a controlling stake in Mediaset, one of the largest broadcasters in the country. His control of this major media player enabled him to further his influence in politics.

In the United States, the divisions are evident. Media outlets, owned by people like tycoon Rupert Murdoch, openly support different parties and use their influence to further that cause. For example, it’s impossible to deny Fox News’ partiality for the Republicans.

Now we look at Malaysia. All the mainstream media is owned by people who have vested political interests. As well as having control in the government, leading political parties also own equity stakes in all the widely consumed publishers and broadcasters in the country.

Is all this illegal? Of course not. As previously mentioned, anyone with enough cash and a will to do so can have a controlling stake in a media company. What they choose to do with that power is then entirely up to them. The direction or political leaning they wish to take the publication is then just known as editorial strategy. Every media outlet will have their own policy and strategy as to what content they choose to cover.

They can be as bias as they want, as to be truly objective is almost impossible. The only law is that no lies are spread. Defamation, whether libel or slander, is illegal in the media.

So when news spread that one of Malaysia’s richest tycoons, billionaire Robert Kuok, was being accused of funding news portal The Malaysian Insight in order to change the government, it should just be taken in stride. What else is new, right?

The allegations were made by the blog Malaysia Today, run by Raja Petra Kamaruddin. The articles that were published said that Kuok had the intention to influence the political process in the country in line with his anti-government stance.

Kuok and his office strongly denied the allegations and have threatened to take legal action against Malaysia Today for what they claim are false allegations. His office even released a statement, as reported in the media.

“In no uncertain terms, Mr Kuok states that the Malaysia Today articles constitute a very serious libel. Moreover, the allegations made are false and the attack on him wholly unjustified.

“Mr Kuok takes these baseless allegations very seriously and reserves the right to take all necessary steps against Malaysia Today and the author to address the false allegations contained in the scurrilous Malaysia Today articles,” said Kuok’s office.

Of course, the main people who are jumping on the wagon in accusing Kuok of attempting to ‘overthrow the government’ include politicians who are in the government currently. One of the more vocal ones happens to be Tourism and Culture minister Nazri Aziz.

Nazri publicly called out Kuok as a “pondan” (an effeminate man) and told him not to be an “ayam betina” (hen). He also invited Kuok, who lives in Hong Kong, to come back to Malaysia and contest in the general election. He even demanded that Kuok surrender his citizenship.

This sounds very much like the pot calling the kettle black. Shouldn’t it be all fair in media ownership if one party can own the media and use it to push their influence, then so can another party? So what if Kuok wants to be a media owner? And so what if he has an agenda to push?

The thing is that we are now living in the age where content is abundant and perception and opinions come from every side. This is the true democracy because then, the public has a proper variety of information to make their own decisions.

So let it be. Let there be more media platforms out there that are owned by various different people or parties. The only challenge now is to make sure that the public are aware and educated enough to sift through everything and make up their own minds.