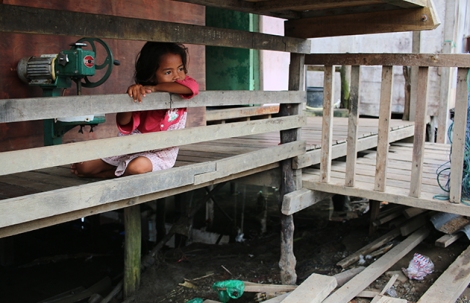 Child’s suicide puts the spotlight on teachers
By Zan Azlee

The recent news about a Form Two student in Penang who had committed suicide after being accused by her teacher of stealing her smartphone hit a little too close to home for me because I have a daughter who is of school-going age.

The student was apparently interrogated by the teacher and three of her colleagues. When the student kept denying that she had not taken the phone, the teacher then took the student out of school to confront her parents at home.

Her father maintained her innocence and while they were outside, the student had gone in and hung herself with a scarf. She had also left a note written on a school exercise book bidding her family goodbye and stating that she had not taken the phone.

This is heartbreaking because school is supposed to be a place where students should feel protected and safe. It shouldn’t be a place where they are shamed and pressured into harming themselves, and definitely not by the backbone of the school – the teachers.

Of course, a school is also a place for students to gain an education and learn discipline. However, it should be done correctly and to the benefit of the students in order to raise them to be decent human beings that will eventually contribute to society.

When teachers resort to shaming and pressuring students in such a way, it raises the question if the teachers that are teaching our students have the appropriate training or even the mental capacity to be educators and to be entrusted with our children.

One case is still too many

I do admit that this is just one case and that many of the teachers in our national schools are dedicated and committed (I have seen these teachers in my daughter’s school). But one case like this where a student ended up committing suicide is one case too many.

The apparent tactic employed by the teacher (or teachers) in disciplining the accused student was very much akin to gangster tactics. As teachers, you do not gang up on a fourteen-year-old girl for theft and you definitely do not shame her into wanting to kill herself.

What happened to the standard operating procedures of the school? Is there no protocol when a student is suspected of stealing? Also, what are the rules for teachers bringing students out of school grounds? Don’t they need to have permission from the school administrator or principal?

Well, two weeks have passed since the unfortunate incident. Reports on the issue have died down. Slowly, people will start to forget what had happened. I sincerely hope that the authorities do not forget and try to sweep this under the carpet. Justice needs to be served.

Aside from justice, all the protocols and standard operating procedures in our schools need to be re-looked to see where they failed to allow such a tragedy to happen. There must be stricter rules in place so that our students are safe.

How we train and evaluate teachers is also now an issue that needs to be looked at. Do our teachers receive proper psychological training so that they have the capability to treat young students? Are the teachers’ mental capacities evaluated to see if they actually can do so?

Being teachers and educators is a huge responsibility and it should only be given to the cream of the crop rather than those at the bottom of the barrel. It is also very important that we start changing the mentality and perception of teachers.

For too long teachers in this country have been undervalued and underpaid. It is no wonder that we always see teaching as a profession that isn’t a favourable one. It becomes one of the last choices for people who are beginning their careers when, in fact, it should be a revered one.

So let’s learn and improve from such a tragic incident. Again, I stress that the authorities must not sweep this issue under the carpet but address it as how it should be done. Please do not let the death of an innocent child fade away so easily.

One response to “Child’s suicide puts the spotlight on teachers”