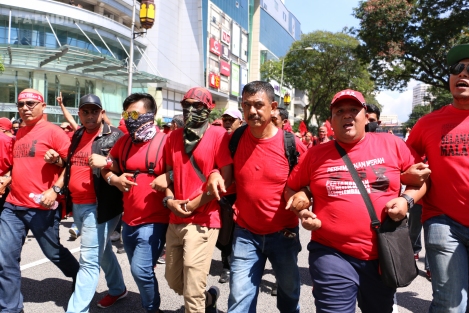 Doing away with policies that create entitled Malaysians
By Zan Azlee

The entitlement that many of the Malays feel in Malaysia is now at such extreme levels that it looks ridiculous.

Recently, the Malaysian Association of Malay Vehicle Importers and Traders (Pekema) complained that they were facing “subtle discrimination”.

The national carmaker Proton had directed its distributors to upgrade 1S (sales only) centres to integrated 3S (sales, service and spare parts) centres within a year. Pekema President Zainuddin Abdul Rahman claims that since most 3S centres are run by non-bumis while 1S centres are run by bumiputras who may not be able to upgrade within the timeframe given, this will have the effect of replacing all bumiputra distributors with non-bumiputra.

Bumiputra, which literally translates to “prince of the earth”, is a term that refers to the Malays and people of indigenous descent. Article 153 of the Constitution enshrines this special privilege.

When the country gained independence in 1957, there was a huge economic gap between the different races. The Malays were one of the worst off. In 1971, the New Economic Policy massively expanded programmes preferential towards the bumiputra, such as the reservation of spots in universities, high-level occupations and enterprise management.

More than 40 years later, the NEP and its successive plans have been changed, adapted and abused to the point that they can hardly be said to be serving the purpose of creating social equality. Instead, they now work to keep the powerful in power and the rich richer.

A deep resentment among community members has also been created by this as such policies now look more racist and discriminatory than anything else, despite the more recent shift towards need-based and merit-based approaches.

And because of that, racial and political tension has never been higher in the country.

Proton, a business plagued with troubles, is actually a government-linked company (GLC). In 2017, 49.9 percent of its share was acquired by Chinese automotive company Geely.

“The person who is in charge of the planning and development of Proton sales representative (sic) is being led by a non-bumiputra who surely would not have the spirit to help bumiputra.”

If this isn’t a sense of entitlement, then I don’t know what is. The pro-bumiputra policies in the country have been going on too long that the Malays like Pekema now feel that they are privileged and special. It would seem that they are entitled to everything in the country, more so than any other citizens.

With that being said, I would like to bring to attention a few Malaysians who are the total opposite from such Malays. And we meet these individuals at the current Winter Olympics in South Korea.

This is the first time Malaysians are actually competing in the Winter Olympics. Winter sports aren’t necessarily very popular here, considering Malaysia is a tropical country and does not experience winter.

But Julian Yee and Jeffrey Webb are representing the country in Pyeongchang now in figure skating and alpine skiing respectively. They are not heavily supported by the Malaysian government and are more or less there on their own effort. They aren’t complaining.

For example, Yee actually crowdfunded his Olympic journey by signing up with Malaysian crowdfunding website Gofundme.com. That, and a little bit of sponsorship money, has allowed him to train in Canada and participate in the Games.

I feel that despite all the dissatisfaction and polarisation happening in Malaysia (thanks to the unfair but systemic affirmative action policies), it still shows that human beings can still succeed if they put in the perseverance, effort and hard work.

I hope that this can serve as an example to those who feel so entitled, like the Malays in Pekema. I also hope that this can also show Malaysians that the bumiputra policy is now obsolete and does not serve its initial purpose anymore.

We need to do away with the policy that was first conceived as a way to create social equality but now does the total opposite. It now breeds dissatisfaction and contempt among Malaysians.

“I feel the need! The need for speed! (Mafakas!)”
Oopss.. sorry! Terkena mata! #Basketball #BBallManiax #FridayNightLights
We were invited to the premiere screening of #MatKilau last week (thanks @zhafvlog!) and it was the first time we were surrounded by so many tanjaks and tengkoloks ever in our lives!! Mak aigh!! The Semangat Melayu was so thick in the air that even the great N95 mask couldn’t stop you from breathing it in!
When I go into the supermarket to buy groceries, my wallet is at a certain weight. After leaving, it becomes so much lighter! It doesn’t even matter that no physical cash leaves the wallet because I usually just wave my debit card. But… I guess the soul of the wallet has been sucked dry! Thanks Malaysian economy!!!
Good game, good laughs, good company and good teh ais! What more can you ask for mafakas? #FridayNightLights #Basketball #BBallManiax
Adrian Teh comes out with another film. Very prolific director! But, is this psychological thriller any better than his previous films? #TheAssistant
I will be hosting a live Q&A session on @mubimy’s Instagram with @jasmine_suraya tonight, 24 June 2022, at 9pm. She started her film career acting in @edmundyeo’s film River of Exploding Durians back in 2014. I’m excited! So come lah watch and join in the chit chat!
Aung San Suu Kyi has been put into solitary confinement at an undisclosed location and her trial will be moved from the courthouse to the prison. If found guilty of all the charges, she could face 150 years in prison.