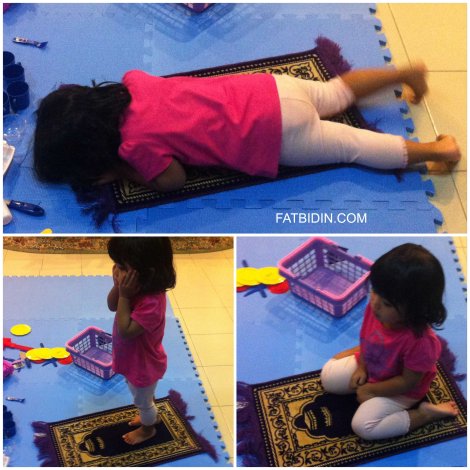 Why do Muslims ignore Quran when it comes to religious compulsion?
By Zan Azlee

The Indira Gandhi case has been much talked about and has been going on for so many years. I have to admit that I felt a little bit of fatigue keeping up to date with it. Yes, I feel guilty about this, but I’m just being honest.

But now that the court has made a verdict, I feel that it is my responsibility as a journalist and especially as a Malay Muslim to actually give my reaction because although many people have commented, Malaysian society could still use more.

The Federal Court decreed that the word ‘parent’ in the unilateral conversion case related to Indira Gandhi’s and her ex-husband Muhammad Riduan Abdullah is plural. This means that their daughter’s conversion to Islam would be deemed null because Indira did not consent to it.

This is a huge verdict because it would mean that a single parent cannot make decisions when it comes to religious conversion without consulting the other parent and gaining their approval. It also means that the civil court can be used to try cases involving religion that are considered illegal.

It is also important to note that four out of five of the judges that were sitting on the case were Malay Muslims. They had expressed that the verdict was meted without being swayed by their own personal religious convictions and beliefs.

As much as this is a victory when it comes to the Federal Constitution and freedom of religion, it has caused quite a stir among religious Islamic organisations. The one that has been most vocal about it happens to be the Malaysian Association of Muslim Scholars (PUM).

First, they made a statement on their Facebook page (which has since been deleted) saying that if the police were to actively pursue looking for Indira’s ex-husband and her daughter, violence may erupt in the country.

Then later on, they made another statement saying that Indira’s children should not be allowed to convert back to Hinduism, and it should also not be allowed for Indira to have custody of her daughter because it would be impossible for the child to grow up as a Muslim under her care.

Basically, the PUM feels that the Federal Court should not have any jurisdiction or power when it comes to matters relating to Islam. In fact, this would also mean that the PUM thinks that no one else has any rights when compared to Islam.

An individual’s faith and belief cannot be forced upon them whether it is by a parent over a minor, by a court order, or by pressure made by an association. Only the individual himself can decide his own faith and belief.

Islam itself says that there can be no compulsion when it comes to religion. The Al-Quran explicitly and literally says that in Surah Al-Baqarah:

“There shall be no compulsion [in the acceptance of] the religion. The right course has become clear from the wrong.”

What that means, for those of you who still can’t understand, is that nobody can force anyone to become a Muslim because the path is already clear. So it is up to the individual to decide for himself. Not too difficult to comprehend, right?

And not only that, the argument that the PUM made of Indira’s daughter being under her custody should also be invalid. For one, Indira has responded by saying that she doesn’t care if her daughter wants to remain as a Muslim. She just wants to be with and care for her.

“And We have enjoined upon man [care] for his parents. His mother carried him, [increasing her] in weakness upon weakness, and his weaning is in two years. Be grateful to Me and to your parents; to Me is the [final] destination.

But if they endeavor to make you associate with Me that of which you have no knowledge, do not obey them but accompany them in [this] world with appropriate kindness and follow the way of those who turn back to Me [in repentance]. Then to Me will be your return, and I will inform you about what you used to do.”

Even the Prophet Muhammad has said that you should always respect and maintain ties with your mother (or parents) if they are not Muslim. It was related in the hadith that the daughter of Abu Bakar had asked the Prophet what she should do if her non-Muslim mother paid her a visit.

“O Messenger of Allah! My mother has come to visit me and she is a mushrik (polytheist); shall I make contact with her, be kind to her and give her some money?”

And the Prophet answered:

“”Yes. Be dutiful to your mother.”

So let the decision made by the Federal Court stand. It is a most constitutional, logical, rational and humane decision indeed. Every human being was created equal and they all have rights. We have no say in denying anyone their basic human rights.