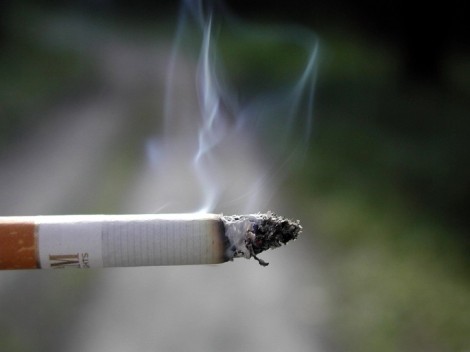 I read with interest an article written by Maryam Lee, a fellow Malaysiakini columnist and colleague (we are currently working on a transmedia project together), titled ‘Women and smoking in the digital era’.

She makes an argument of how women who smoke are seen as impolite because it is taboo. Apparently, smoking is seen as a ‘macho’ activity and when women are seen doing macho things, the best way to describe it is the Malay proverb “tidak sopan dan tidak manis”.

Lee goes on to question that although women smokers are now a normal phenomenon, “why are women so disproportionately berated and chastised for the same act that is considered normal for men?”

She also conveys her observations that most women who smoke are often feminists “whose worldview informs them that the social taboo against women smoking is unwarranted”, as if the reason they smoke is to make a statement.

As much as I agree with Lee that it is wrong for society to project a negative perception of women whenever they do things that are seen as masculine, the fact that she chose the act of smoking to illustrate this point makes me cringe.

This can be attributed to the fact that in first world countries, the awareness and realisation that smoking is something that kills has created such a negative perception that it is no longer seen as something liberating and sophisticated.

Let me explain further. In the 1960s and 1970s, many European women who were feminists chose to smoke as a sign of protest, liberation and sophistication. It was an activity that was indulged in by intellectuals and thinkers.

But fast forward to approximately 60 years later, these same intellectuals and thinkers have realised that the act of smoking is bad for health. So bad that it can actually be directly related to cancer and death. And they have stopped doing it.

These societies are already educated enough that the perception of smoking being sophisticated is no longer valid. It is now an activity that is seen as dirty, unhealthy and definitely disgusting. But no, not in the third world.

Not an act of empowerment

In third world countries, the education and intellectual level of the society has not reached the point where they realise the ill effects of smoking. Hence, the reason why Lee still sees smoking as an act of empowerment.

Can’t Lee and her fellow progressives consider that perhaps all smokers, regardless of gender, should be seen as “tidak sopan” and “tidak manis”?

If Lee is trying to illustrate her point of gender inequality, why doesn’t she use other examples that are also deemed “masculine”? She could have used masculine sports like football, basketball and boxing. She could also have used activities like hanging out at the mamak stall until the wee hours of the morning.

Heck, she could have used the overused and cliched example of sex and chastity and address how men are seen as cool when they have casual sex with many women, while women who do the same thing are labelled as “sluts”.

By using smoking as the example, it undermines the credibility of her feminist advocacy.

ZAN AZLEE is a writer, documentary filmmaker, journalist and academic. He has two daughters and hopes they grow up to be feminists who don’t smoke because smoking kills. Visit FATBIDIN.COM to view his work.

Recently, I was invited on @thejantancollective’s talkshow called 'What's Up With That?' to talk about the Emergency that was declared in Malaysia along with Constitutional lawyer New Sin Yew. We talk about the legalities of the Emergency, what can and cannot be done, and if Parliament can actually convene.
I agree that political and social awareness through education needs to be ramped up in this country. I agree that the youth could use more exposure and literacy when it comes to these issues. Nothing would make a better tipping point for this to happen than for the government to immediately enforce the #UNDI18 law.
So Calibre magazine did a feature on me in their January 2021 issue. Nothing much... just a day in life of the great Zanster! Muahahaha!!
Come to think of it, the youth deserve to vote more than the old, no? I mean, they are going to live longer so they have more at stake to make sure the country turns out well. The older folks... it's just like 'Tick tock tick tock... anytime now'!! Hahaha!! #Undi18
And so #ChineseNewYear ends!! Stuck at home but thank god for family nearby and awesome neighbours... it turned out to be a great celebration! #KongHeiFattChoy #CNY #MCOCNY #TheBustAzleesCNY #TheBustAzlees #TheBustAzleeMafakas #FatBidinHQ
Sometimes, the very people we don't want to accept in our society turn out to be the ones who most genuinely are helping. #Refugees #Covid19 #MCO #PKP
Secret breakfast!
I wrote this for my column at Malaysiakini last week when the first #ChineseNewYear SOP was announced by the government. Now, they have announced a newer SOP. I want to believe my column played a part. But I am sure @drjasonleong’s tweet was what really did it! Hahaha!