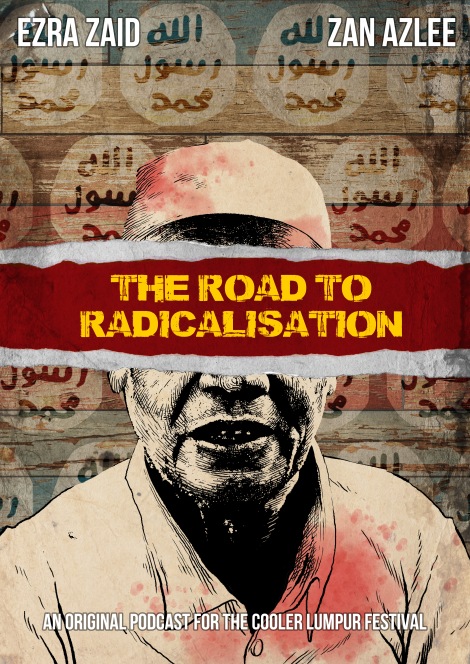 This Friday is an exciting day for me! A project that I have been working on for the past few months is finally going to be unveiled to the public and it could just be the biggest journalistic story I’ve done. The biggest challenge?? The search for the characters and then persuading them to talk! Damn! You all just gotta come! Come! Come! Come!

The Road to Radicalisation

The 21st century has seen a big shift towards religious extremism in the world, particularly relating to Islam. Southeast Asia seems to be a hotbed at the moment if not just due to the 250 million Muslim population here. Malaysia, being a self-declared moderate Muslim country, has also seen this rise. Are Malaysians really sympathising with extremists in the Middle-East and why are they picking up arms and heading out to fight?

In a mish-mash of audio, video, graphics and chit chat, this live stage documentary sees journalists Ezra Zaid and Zan Azlee asking the question – are Malaysians being radicalised and why? They speak to the usual suspects of researchers, psychologists and activists. But they manage to get to the heart of the matter with an elusive individual who sheds light on the road to being a radical. While many seem to think that marginalisation is the main cause of radicalisation, the Malaysian situation could be totally different.

This session is a presentation by Ezra Zaid and Zan Azlee. With illustrations by Arif Rafhan Othman.

It will be at premiering at one of my favourite Malaysian festivals – The Cooler Lumpur Festival!

Entrance is free but you need register to confirm your seat!