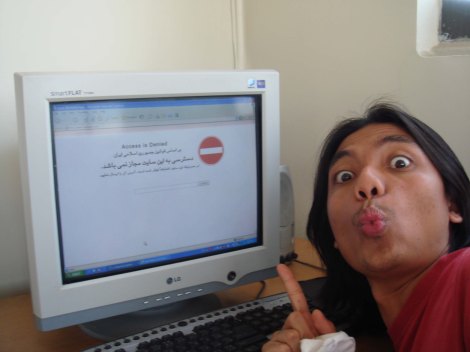 AS a documentary filmmaker, I regularly screen my films and also give talks and workshops, both locally and internationally. When I am out of the country, I always get asked the question of how local filmmakers deal with the strict censorship laws in Malaysia.

Take for example, Lena Hendry, who is a former employee of a Malaysian-based human rights non-governmental organisation called Pusat KOMAS. She was found guilty of screening the documentary ‘No Fire Zone: The killing fields of Sri Lanka’ without censorship approval in 2013.

Pusat KOMAS regularly screens films that have human rights themes. And this particular film has been screened numerous times before at a variety of different events. It was screened at the 2015 International Anti-Corruption Conference (IACC) and at a Lawyers for Liberty (LFL) event in 2013.

At both events, Malaysian government officials were in attendance. In fact, the IACC even claims that Prime Minister Najib Razak was there.

Here is a film that was openly screened during a government event, but wasn’t allowed at a different event. So why the double standards?

Personally, I have experienced a similar incident, although mine wasn’t to the extent of being arrested and charged. A documentary I produced about the conflict happening in Southern Thailand called ‘The Life and Times of an Islamic Insurgency’ was banned.

However, two days before the scheduled broadcast, the television network gave me a call and informed me that the documentary was now banned and they were told to pull it from being on air. There was no reason given, I just had to be content with their lack of explanation.

Pusat KOMAS has now launched a campaign to fight for justice for Hendry. The campaign, #DefendLena, will run till the date of the sentencing and there will be events such as a public forum on censorship and screenings of the same documentary for various small groups.

The case involving Hendry is a blow to freedom of speech and expression. For a country that is a functioning democracy, it is important that diverse views and perspectives are made available so that dissent and discourse can happen.

The conviction has garnered opposition from many quarters including politicians, NGOs, human rights activists and even members of the public. Hendry, of course, is determined to appeal her conviction.

[This article was originally written for and publish at AsianCorrespondent.Com]