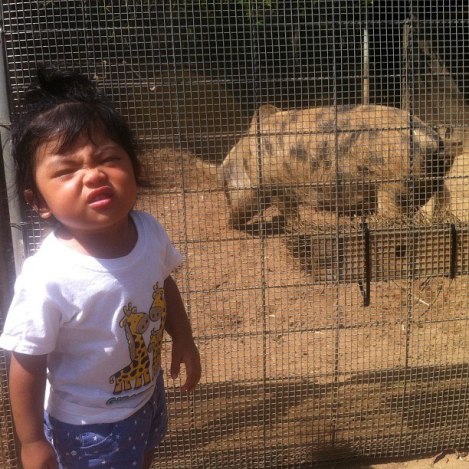 Can a human breed with a goat? Or is this just SEO madness?
By Zan Azlee

The story that made huge headlines in all the media in Malaysia this week had to be the story on the goat that gave birth to a kid that looked like it was a human/goat hybrid.

What else would make a great clickbait story than a story about beastiality. And even better, in an apparent Muslim country like Malaysia! All the media would be scrambling for the SEO!

The kid, which did not survive, has been sent to the authorities for research and investigation to be done. I wonder what they would actually be looking for?

As far as my observations go, beastiality, or humans having sex with animals, have a long history in world culture. As long as hundreds and centuries old.

It was documented during the Greek civilisation, all across the Middle East during the development of all the major religions of the Book, and, well, everywhere.

But so far, all scientific evidence have shown that it is totally impossible for human beings to breed and produce offspring with any other species in the world.

Human DNA have changed so much over the millions of years that it is no longer compatible with any other DNA from any other species, even monkeys and apes.

According to Torie Bosch, the editor of Future Tense, a publication that looks at the implications of new technologies, there are two things that prevent interbreeding.

This means that we are so different that we don’t even have any inclinations for sex, and the human sperm wouldn’t even be familiar with other genitalia systems to find its way.

But this doesn’t explain beastiality, you scream! Yes yes. I know some people just have really weird sexual fetishes that go further than just big butts, boobs and dinggle danggles!

The second prevention is known as post-zygotic reproductive isolating mechanisms.

Even if a human manages to have sex with an animal and the sperm eventually does find its way to the egg, a miscarriage will most probably happen or it will produce a sterile offspring.

A viable human hybrid offspring is just very unlikely to happen. And yes, I know this still doesn’t explain the inclination for beastiality! I don’t want to judge anybody here!

With all the evidence pointing towards the impossible, it still has not stopped human beings from trying. Better to have tried and failed than to never have even tried at all, right?

In the 1920s, Soviet’s Stalin conducted research in an attempt to create half-man, half-monkey soldiers. Apparently, all attempts to inseminate and impregnate failed.

And of course, all kinds of tabloid-ish stories and rumours about half-man and half-whatever other kinds of farm animals are always emerging all around the world.

But most of the times, it doesn’t appear in the mainstream media. But I guess in Malaysia, we really get excited about stories like these, huh?