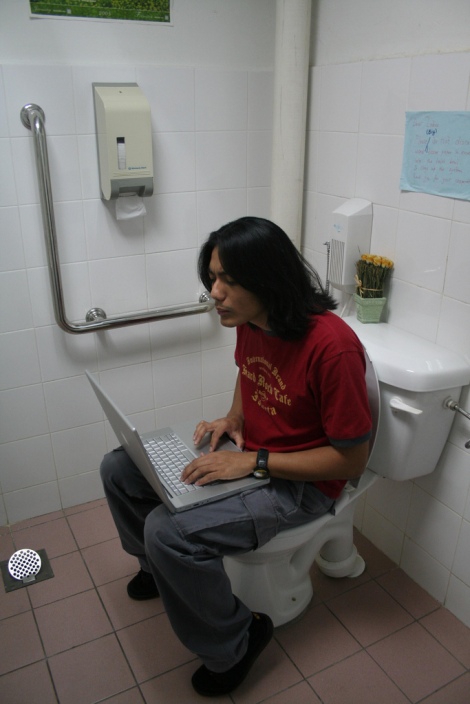 The real problem with Mara Digital
By Zan Azlee

It looks like the criticism against the Mara Digital Mall and the minister, Datuk Seri Ismail Sabri Yaakob, who initiated the idea, has got to his nerves.

Ismail recently said it was not fair for people to judge the performance of the IT mall because it was still new and needed more time to prove its worth.

He also said that he wanted to give Bumiputeras all the encouragement he could to build businesses, and there should be nothing wrong in helping his own kind.

Here’s the thing. Firstly, it isn’t fair for people to criticise the performance of the IT mall as it is only a few weeks old. People should at least give a few months to get things rolling.

Secondly, there is nothing wrong with wanting to help one’s own race to develop and improve its economic situation. We should always have self pride.

But I think the minister has got it all wrong. Nobody is criticising the IT mall’s performance prematurely, and neither is anyone saying he is wrong for wanting to help the Bumiputeras.

People are really criticising the fact why the Bumiputera mall was started in the first place. The basis of which it was conceptualised might not be so right.

It happened right after the incident at Low Yat Plaza when around 200 people gathered there because a Malay youth had been apprehended by retailers for trying to steal a mobile phone.

Apparently, this was a mess that was said to be racial because most of the retailers at Low Yat Plaza were Chinese. And word started going around about how they were cheating people.

Soon after, Ismail mooted the idea of a place for Bumiputeras to sell IT products so they wouldn’t be cheated by retailers of other races.

That to me is something more confrontational and divisive than wanting to create opportunity for Bumiputeras to develop for the betterment of their race.

Wouldn’t a better step to take have been to take inclusive measures that would encourage discourse and understanding rather than pull people apart?

And now Ismail plans to take things a step further, and that is to bring the Mara Digital all around the country by opening branches in major cities and towns.

Sure. Create more opportunities for Bumiputeras to do business by giving them more subsidies and handouts. Wouldn’t that just create more dependant and reliant bumiputeras?

If he really wanted to help the Bumiputeras, wouldn’t it be better to encourage them to be entrepreneurial and competitive in an open market so they learn the skills to survive?

And I’m sure everyone has heard of the saying that if you give a man a fish, he eats for a day. But if you teach a man to fish, he will eat for a lifetime

[This article appeared originally at The Malaysian Insider]