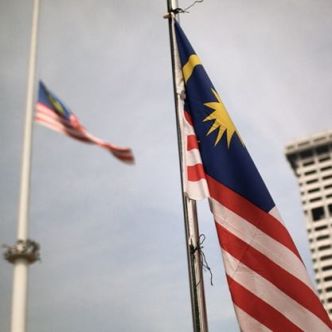 Astro AWANI’s Zan Azlee shares the two things that affected him the most in 2014 – the sudden aviation tragedies and the rise of racial and religious extremism.

It has come to that time of the year (the end of it!) when everyone starts reflecting on what has happened and transpired and how far we have progressed or regressed.

As a social observer, two Malaysian issues stick out to me when it comes to 2014 in review and both are the most irrational, illogical and inconceivable issues that I have ever come across.

The first has to be the disappearance of Malaysian Airlines flight MH370.

I covered this incident beginning from day one at the KLIA, right up to the search area off the coast of Perth, Australia. And I have never seen something so unexplainable in my entire life.

It is coming to nine months now with more than a dozen countries assisting in the search and not a single trace of the aircraft or it’s crew and passengers have been found.

From when I first arrived in Perth and attended the first press conference from there, the search and rescue (SAR) team has said that they are getting closer, narrowing the search area.

Of course, the area size started as huge China, and to make things worse, it was the rough and desolate South Indian Ocean. But they keep narrowing and narrowing with no trace at all? [Click to read the full article at English.AstroAwani.Com]

We were invited to the premiere screening of #MatKilau last week (thanks @zhafvlog!) and it was the first time we were surrounded by so many tanjaks and tengkoloks ever in our lives!! Mak aigh!! The Semangat Melayu was so thick in the air that even the great N95 mask couldn’t stop you from breathing it in!
When I go into the supermarket to buy groceries, my wallet is at a certain weight. After leaving, it becomes so much lighter! It doesn’t even matter that no physical cash leaves the wallet because I usually just wave my debit card. But… I guess the soul of the wallet has been sucked dry! Thanks Malaysian economy!!!
Good game, good laughs, good company and good teh ais! What more can you ask for mafakas? #FridayNightLights #Basketball #BBallManiax
Adrian Teh comes out with another film. Very prolific director! But, is this psychological thriller any better than his previous films? #TheAssistant
I will be hosting a live Q&A session on @mubimy’s Instagram with @jasmine_suraya tonight, 24 June 2022, at 9pm. She started her film career acting in @edmundyeo’s film River of Exploding Durians back in 2014. I’m excited! So come lah watch and join in the chit chat!
Aung San Suu Kyi has been put into solitary confinement at an undisclosed location and her trial will be moved from the courthouse to the prison. If found guilty of all the charges, she could face 150 years in prison.
All these years and I’m still trying to find and meet this group in our society that is always so confused.
Wait what? There was an NBA finals that went on? We were just enjoying our #FridayNightLights as usual! Hahaha! #Basketball #BBallManiax