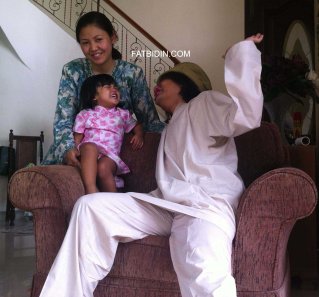 During my extensive travels in the heartland of Islam (the Middle-East lah!), I would listen to all kinds of stories and incidents told to me by the locals I met.

We were talking about marriage (I was single then) and I mentioned that in Malaysia, it was a law for non-Muslims to convert to Islam if they were to marry a Muslim.

The caretaker looked at me in surprise and said that that wasn’t the case in Jordan. Anyone who believed in any of the Abrahamic faiths (People of the Book) could marry without converting.

This incident was reminded to me by yesterday’s fiasco regarding the issue of conversion during marriage causing problems for the nation.

(The issue of the Attorney-General being misquoted is beside the point, the issue is still a relevant one)

With numerous cases here of non-Muslim parents try to take custody of their Muslim children becoming controversies and unsolvable, it is a valid issue to be discussed. [Click to read the full article at English.AstroAwani.Com]