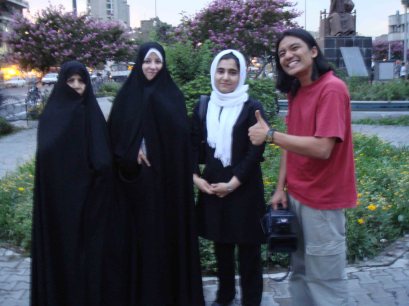 Solo-journalism is becoming somewhat of a fixture these days in the international journalism world. I’ve been doing it for almost a decade now in Malaysia and I see that there has been a bit of a resistance by journalists here, mainly those who work as staff employees.

It seems like they feel for a reporter to have to learn to handle the camera or video editing software is just having to something out of their official job description. And it goes the same for cameramen who are expected to learn to write scripts or even appear in front of the camera.

In fact, some broadcast journalists are even disgusted if they are expected to write an article for the web, and for print journalists to have to do a TV piece. It annoys the hell out of me.

I had been self-employed for ten years before I became a staff employee at a news organisation where I am now. And I would have starved to death during those ten years if I wasn’t a solo-journalist who could shoot a camera, edit a video, write an article, take photographs and appear in front of the camera.

It was the sheer financial and economic elements that made me do it (actually, I enjoy journalism so much that I just wanted to do it all anyway!). And that’s how I survived, by being multi-skilled and being able to offer more to my clients. I was a value-added vendor!

But honestly, there are so much more advantages to solo-journalism than just the economics side of it. The main reason I love it is the intimacy you get to foster with your subjects. When I shot my feature documentary ‘I’m Muslim Too!’ in Iran, I spent a week with the Persian metal band Arsames in the town of Mashhad. We really became buddies and it showed in the film. Also, the locals were just totally unintimidated by me because I was just this one guy walking around alone.

Yeah, things might get a little messy technical-wise since one person is doing everything, but the frankness of the story more than makes up for it. The guys from the band and I are friends till this day. But if you are careful and put in a little bit of effort, there shouldn’t be any reason why your work has to suffer technically anyway.