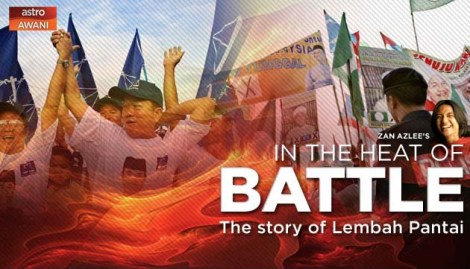 Part 2 – Oh my! Just listen to our first world problems!

Lembah Pantai has a very diverse population, most noticeably is the income level. You have the low-income group on one side of the highway, and the high-income group on the other side.

For the candidates in Lembah Pantai, trying to bridge the gap between these two groups can be very challenging indeed because it is obvious that the two groups have different priorities when it comes to election issues.

In the upper class neighbourhood of Bangsar, which also has a more cosmopolitan population, the locals tend to harp on more global issues such as human rights, racial-based politics and freedom of speech.

And this can be seen in the video above of a forum organised by Bangsar locals titled ‘Is Progressive Politics Possible in Contemporary Malaysia?’, which was participated by Pakatan Rakyat’s former Lembah Pantai MP, Nurul Izzah Anwar, and Barisan Nasional’s former Temerloh MP, Datuk Saifuddin Abdullah.

*Log on to English.AstroAwani.Com as much as you can this GE13 period to see Zan Azlee’s regular multimedia presentation of ‘In the Heat of Battle: The story of Lembah Pantai’. Zan is spearheading Astro AWANI’s pioneer team of Solo-Journalists.