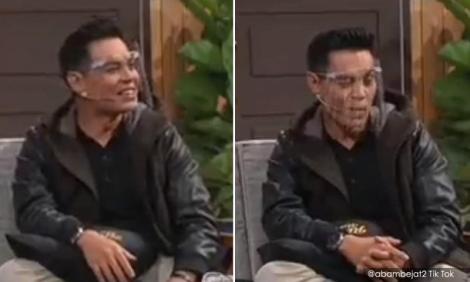 A simple apology is simply not enough
By Zan Azlee

I wonder if I am being out of place and just ‘mansplaining’ the issue, but I really can’t help myself.

What actor Fauzi Nawawi said on the talk show on Rumah No 107 on Astro Warna recently is a sign of an ingrained endemic in our society worst than dengue or even Covid-19.

If you aren’t familiar with what had happened, Fauzi appeared on the talk show and described how he prefers acting in rape scenes over robbery scenes when asked by one of the hosts. He continues to talk about a scene he had acted in a movie called Anak Halal.

He talked about the scene in so much detail from the position of the actress involved, where the crew members were and how he had to control his facial reactions and feelings of lust in order to not show that he was enjoying it too much.

The way he was telling the story was so nonchalant and he looked excited. It looked like he had no qualms about what he had done and about what he was saying and expressing at that particular moment in the talk show like it was just another everyday occurrence. Disgusting.

This is a man who has no respect for women and any issues that women have to face and experience in the world. The way he objectified his fellow actor shows that it is obvious that this is a man who does not consider women as equals and, probably not even as human beings.

And if he does, it makes me wonder how he treats these women in his life?

Well, we obviously know how he treats a fellow actor who is a woman. It was on grand display on television, and now all over the Internet too.

What was even more disgusting is the fact that the other hosts and guests (all males!) who were on the show continued to encourage and egg him on as he was telling the story. Nobody in that situation seemed to have any realisation of how wrong the conversation was.

What about the producers of the show and also the broadcaster? Did they not see anything wrong with the conversation before allowing the episode to be on the air? How could something like this be seen as so normalised that nobody involved realised anything?

Cases like these happen so much that one would think our society would be better now. But I guess not because it still keeps happening. It also makes me wonder if anything good will come out of all of this and if society will progress.

What happened to the case of the teacher who made a rape joke in class when his student Ain Husniza Saiful Nizam called him out on it?

The last I heard, no real action was taken against the teacher. News reports state that the case against him has been classified as no further action.

Not only that, Ain suffered through all kinds of abuse and threats after that from the public. In fact, she was also sued, and a letter of demand was sent to her and her family. She is of course countersuing and has the full support of her family.

A couple of years ago, there was also the case of an employee of radio station BFM 89.9 being called out for sexual harassment and predatory behaviour. An anonymous email from a victim was sent out to all the news media outlets.

After internal investigations were done by the station, the employee was dismissed from his job but was never named (although he was clearly named in the anonymous email). He is actually a very prominent media figure and his absence from the station is quite jarring.

It has been several years now, and the individual is slowly coming back into the media world.

I would be okay with it if there was a sincere apology made and remorse shown. But there was none of that and it just seems like a free pass was given to him after laying low for a bit.

And what has really come out of all of this? Nothing much.

Society still thinks that it is okay to make rape jokes, to sexually abuse and harass women and just mistreat women in general. It is so ingrained in society that nobody thinks it is not right.

Society seems to accept it as normal and something that we just have to live with. Like an endemic. However, endemics are unavoidable. But society’s view of women can actually be changed and improved. We just need to take the right steps to do so.

For one, we cannot let behaviour like this go off without any consequences. Apologies are not enough.

Fauzi apologised in a very non-apologetic way. One can even wonder if his apology was made sincerely or made just because he was caught and called out on it.

We cannot defend and be apologists for people like this. Unfortunately, there are just too many people who are saying that since he has apologised and the broadcasters have apologised, we should leave the matter to rest.

If we do that, then it’s just the same status quo.

People will think that they can continue to be abusive and if they get called out on it, just apologise. We need to have more severe consequences that will actually prevent cases like this from happening again.

I don’t believe in the cancel culture of today because, at the end of the day, people deserve to be given a chance to repent and be better.

So the consequences should pave the way for that so that these perpetrators can repent instead of just being given a free pass.

We also need to continue talking about this issue in the media and calling it out. It can never be a tired and exhausted fight because this is the only way to normalise how wrong it is.

Think about it, this wrong behaviour has been normalised by the very fact it continues to happen.

Also, whatever happened with the Sexual Harassment Bill that the government was talking about a couple of years ago?

What is the status of this bill and is anything going to happen with it? It is clear that with everything happening, we need laws to control it.

We in society just cannot stand for all of this. We must make more noise and condemn behaviour that is abusive.

It doesn’t matter if issues like this dominate the media because they should. There should be no place for abusive and predatory behaviour in our society.

The end of the road! Lost by a mere one run in the finals! For a team that was only formed three months ago, they played tremendously well to get second place in the entire state of Selangor! No one can be disappointed and we’re so proud of Athena and the girls and the amazing teachers! Tak sia-sia turun padang bagi sokongan! We’ll come back stronger next year mafakas! #Cricket #TheBustAzlees #TheBustAzleeMafakas
Athena representing at state level mafakas! My #cricket superhero! The team qualified for the semifinals tomorrow and if all goes well and they become Selangor state champions, then it’s off to the national level! Whatever may come, Pops and Mum will be there losing our voices cheering! #TheBustAzlees #TheBustAzleeMafakas
Shooting and scoring to open the weekend mafakas! #Basketball #BBallManiax #FridayNightLights
Sabahan filmmaker Marc Abas tells a story based on the Kinabalu Guerillas who revolted against the Japanese in 1943 during World War 2. It’s one of the most amusing films we have ever seen! #SilenceOfThe177
Happy Chinese New Year mafakas!! It’s 21 all round! #KongHeiFattChoy #GongXiFaCai #ChineseNewYear #CNY #TheBustAzlees #TheBustAzleeMafakas
I didn’t like the film ‘Everything Everywhere All At Once’. I’m sure everyone is going to start giving me flak for it because Malaysians are all in love with that film now that our darling Michelle Yeoh has just won one of the highest mainstream accolades in the international film industry - a Golden Globe for Best Actress.
G-O-N-G-A-K
Day 5.