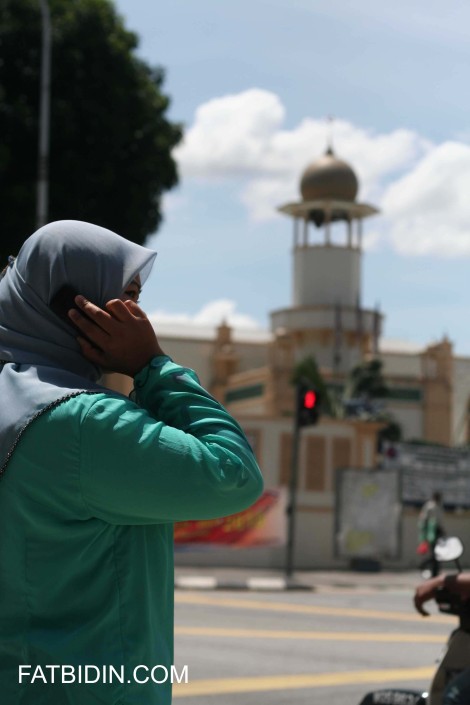 Expose students to all religions and languages
By Zan Azlee

A school conducts an art seminar in Mandarin. My reaction would be “Great! I’m sending both my daughters for Mandarin classes. If this will happen all around Malaysia, our children will learn more languages!” Now, that’s what I call a holistic education. Good job! That’s my perspective because I want my children to be multilingual.

But, according to news reports, the reaction by the Education Ministry was to issue a warning letter to the school. It would seem more like in anger because they feel that their language, Bahasa Malaysia, as the official language of the country, was being disrespected. I guess it’s a matter of perspective. You can take it in a good way or you can take it badly.

A school conducts a Christian prayer in school. My reaction would be “Great! I want my kids to understand and respect different beliefs. They know that Uncle Deva prays in a temple and Aunty Lucile goes to church, while they follow me to the mosque.” Now that’s what I call a holistic education. Good job! That’s my perspective because I want my children to be understanding.

But, according to news reports, the reaction of the Education Ministry was to issue a warning letter to the school. It would seem more like in anger because they felt that the official religion of the country, Islam, was being disrespected. Not only that, they felt like the school was propagating Christianity. I guess it’s a matter of perspective.

I have a respectful friendship with the Minister of Education, Maszlee Malik and we have had many a conversation where we talk about how we always want a more multicultural and pluralistic society in Malaysia where the people accept, respect and understand each other’s beliefs and culture.

We have agreed on how there needs to be more opportunities for the different ethnicities in the country to mingle and form relationships with one another. We are both proud of the fact that we come from mixed-race parentage and feel that we have had a unique upbringing and exposure to make us more understanding.

I have also heard him suggest that different schools, from the national government ones to the vernacular and the religious, form relationships with one another for the purpose of cultural exchanges among their students. This sounds like a very good idea to me. This could help in desegregation (although I have to admit that a single school system is much better!)

So I do think that exposing our school students to the different beliefs and cultures of all Malaysians is something good for them. Almost everyone in the country, especially schoolgoing children, are adequately exposed to Bahasa Malaysia and the religion of Islam and that is wonderful.

Having an official language definitely creates unity among the people because we can all communicate and understand each other. Understanding the religion of the majority is also good because it creates respect and understanding too. There is nothing bad or negative about any of this at all. I wholeheartedly support this.

However, in my personal opinion, this is not enough. We need to also expose them to other religions, languages and cultures. Having events and activities that are in the different languages and beliefs of our fellow Malaysians will do that. Of course, I don’t agree to religious propagation, no matter what religion. That is not the objective.

The main objective is of course for exposure, discussion and understanding which hopefully will lead to the harmonious acceptance of our differences. It is only natural when we try to get to know and understand things that are unfamiliar to us that we become less apprehensive and more accepting. So even “dignity congresses” for all races should be allowed in universities.

At the end of the day, all Malaysians should be equal and no double standards should be applied to anyone whether the majority or not. If one religion is allowed to permeate schools, then so should all other religions too. If not, then no religion should be allowed in schools at all. Same goes with language, depending on what the medium of communication is.

As I have said several times before, I have faith in the minister of education as a person. We share many ideals and hopes for the country. So let’s hope that they carried through. Even if racial and religious politics have been a diseased staple in Malaysia for so long, it doesn’t mean that it has a place. We really need to stamp it out.