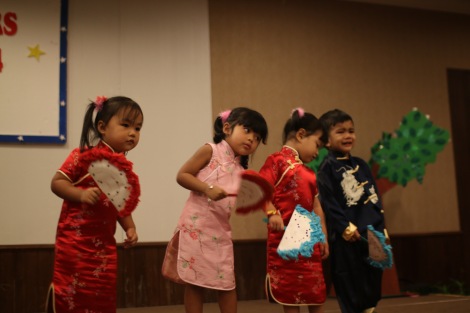 I ain’t boycotting my mother and my family!
By Zan Azlee

A few weeks ago, I brought my wife and kids to Cherating for the school holidays. My parents have a small beach bungalow there that they rent out on Airbnb.com and Traveloka (it’s called The Courtyard in Sg Baging, in case you all are wondering). So we had planned a short getaway with them and my uncle and aunty there.

It’s was to be a fun and relaxing four days and the plan was just to laze around the beach, watch fireflies and eat food everywhere from Kuantan all the way up to Kemaman. Then I opened up the Internet on the first day and I was immediately enlightened by the current situation in Malaysia – the non-Muslim products boycott.

So that night, I called my father and wife and we huddled in the kitchen whispering our thoughts.

“We need to do something. It’s getting too much,” I said under my breath.

“Yes. We need to keep our Malayness and Muslimness intact. Let’s boycott all these Chinese people!” whispered my father.

So the next morning, we began our elaborate boycott plan. My mother had got up early and she had prepared breakfast. It was nasi lemak. She invited us to eat and both my father and I scoffed and just took glasses from the counter and drank water. We’re not filling our stomachs with food made by a Chinese! No way!

My mother looked a bit surprised but chose to ignore us. Then my uncle and aunty came out from their room and they immediately attacked the nasi lemak. Then they looked at me and gestured for me to come and join them for breakfast at the table.

Just as I was about to reply in Cantonese, I immediately caught myself and then just shook my head. Haa! I’m not going to be conned by these non-Muslims into speaking their language! So what if for the past 41 years, I had been surrounded by Cantonese speakers? Yeah! Hidup Melayu!

That afternoon, we all went to the beach. It was a nice breezy day and my uncle walked off for a while and when he came back, he had bought kites for the kids to play with and the kids were excited. He called them over and wanted to teach them how to fly the kites.

I stopped them. One of the kites had a picture of Kai Lan from the cartoon series Ni Hao, Kai Lan. No way! My kids will not be duped into assimilation with the ‘guests’, as according to Dr Zakir Naik. So they just sat down in the sand staring at the ocean the rest of the day.

The next morning, the plan was to take a drive to Kemaman to eat at the famous Hai Peng Kopitiam. But obviously, the plan had to be changed now. So we insisted that we have roti canai instead of half-boiled eggs, toast bread and kaya made by the Chinese. It’s our holiday, we organised it, so we determine the plan. If the ‘guests’ didn’t like it, they can just go back to where they came from.

So we drove all over Kemaman looking for roti canai. It was only a couple of days after Hari Raya Haji and we could not find a single Malay restaurant that was opened. We ended up sulkily eating toast bread and kaya made by the Chinese at Hai Peng. Fine! We will if we’re forced to, but we definitely aren’t going to be enjoying it!

This stupid racist boycott would do more harm than good, no matter what kind of words are used to call it. Those who are advocates of the boycott can justify, however way they want, saying that it’s not a racist boycott and that all they want is to encourage Malay Muslim businesses.

The fact of the matter is that the racial contract of this country already sets an environment where a boycott like this can’t have any intentions but exclusivity and supremacy. So many decades of an economic policy being abused has already shown us that economic inequality spans across race and religion.

At the end of the day, I’m glad I come from a multicultural family. We embrace each other, realise our differences yet understand that our similarities as a family are just too strong to break. The holiday story above is true. We did go to my parents’ bungalow in Cherating and my mother, uncle and aunty are Chinese (my wife is half-Chinese too!).

This ‘fictionalised for dramatic effect’ element is only in the part of the boycott. We get along fine in our family. I just feel a strong desire to express how idiotic and evil this campaign is. We are in a Malay Muslim majority country where the majority is trying to boycott the minority. Sniff sniff. I smell a hint of Nazism, Rohingya genocide and a bit of Serbian ethnic cleansing.

No Malaysia. No boycott!