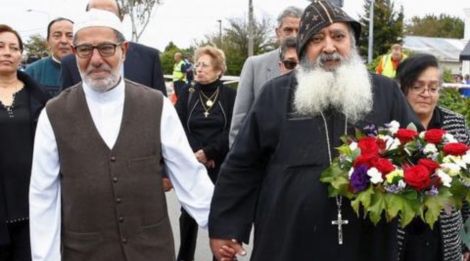 How can the heart not ache when we hear of the innocent dying in the hands of extremists? It has been a week since the mosque tragedy happened in Christchurch, New Zealand. It hit close to home because Malaysians were among the victims and one, Muhammad Haziq Tarmizi, 17, tragically did not survive.

But even if Malaysians were not involved, the incident would still be felt because any innocent death of the sort that happened in Christchurch is a human tragedy. It doesn’t matter what beliefs the shooter nor the victims had. Any form of violent extremism is wrong.

Many people are condemning what had happened and this includes members of the public and governments all around the world, and rightfully so. But I would like to make a personal observation on how the narrative actually went and how it could actually contribute to making the situation better or worse.

When news of the shooting broke, the immediate interest was in how the shooter did what he did. People were obsessed with his video that looked like a copy of the computer game Counterstrike. Authorities had to put on a ban in order to stop it from being spread. Even his manifesto, which he had posted online, was made viral.

This is exactly what the shooter wanted and everyone played nicely into his hands.

After that, people started discussing the fact of why he did it. But since his manifesto was already making the rounds, the main issue that was being discussed was the hatred that white people have for Muslims and immigrants. I say this from my interaction with the people around me and, of course, social media.

Very quickly, the shooter’s hatred turned into the public’s hatred for white people. Tell me that you didn’t hear anyone at saying things like “These white people own the world? They are immigrants too!” or “They came to our land and just took what they wanted. And now they want to blame immigrants for coming to their land?”.

This will eventually turn into more hatred, and just as I have mentioned previously, it doesn’t matter whose side holds on to what belief, hatred is just as equally disgusting no matter the faith or ideology. It could even lead to revenge and vindictive reactions. Which could have been the motive for the attack in a tram in the Netherlands?

What we need is a counter-narrative that would stop all the hatred from propagating. We need to focus on solutions on how to end violent extremism and I don’t mean fast and symptomatic solutions like creating stricter gun control laws (although this is definitely a good move by New Zealand’s Prime Minister Jacinda Ardern, and could be emulated in other countries too).

We need to look deep into the causes of what is happening. Admittedly, it’s a long process, but we need to make that effort now. We need to spread more love and respect in order to stop the hatred. The story of Farhid Ahmed, a man who lost his wife, Husna Ahmed, in the Christchurch shooting came out to tell people that he forgives the shooter is a good example of a counter-narrative to violent extremism.

Ambreen Rashid lost her husband, Naeem Rashid, and son, Talha Rashid, also come forward to say that people with hatred in their hearts will never be successful. She chose to see the tragic deaths of her husband and son as a tragedy that will pull people together instead of tearing them apart.

With all this being said, it doesn’t mean that the shooter can just be forgiven and let go. Just because we choose to love instead of hate doesn’t mean that a brutal crime goes unpunished. The shooter must face justice and be given the full consequences of his actions. There is no place for people like the shooter in this world and we also need to ensure that nobody like him is created.

We need to provide a counter-narrative that allows people to discuss issues in the right way. If an environment where people feel safe to voice their opinions and beliefs exists, the discussions that will come out would be more of explaining, understanding and acceptance. The world would be more informed and open-minded instead of being ignorant and narrow-minded.

We, as a society, need to talk about this more rather than talking about the sensational way a brutal terrorist went about killing people and helping him spread his agenda. We need to constantly create narratives that oppose hatred. Of course, creating a positive counter-narrative is more difficult than spreading one of hatred.

And it shows because it is much easier to spread a video of a brutal massacre and talk mindlessly about it than it is to think a little bit harder to come up with solutions. However, it is important that we continue to make the effort. I am sick and tired of seeing innocent people becoming victims of hatred.

What the hell just happened?? 😂😂😂 #Basketball #BBallManiax #FridayNightLights
I don't know about all of you, but at the moment, I can’t even differentiate the coalitions that exist in our Parliament. How ahh like that??
Yesterday was a day of multiple live TV crosses for @trtworld about former Malaysian Prime Minister #NajibRazak’s appeal against his 12 year prison term and RM210 million fine conviction in relations to the #1MDB corruption scandal. #Journalism #Journalist #JournaDad #FatBidin #TRTWorld
What can be done to eliminate race-based politics? Nothing systemic really because these parties should have the right to exist as well in a democracy. So how?
Wedding anniversary week over and all I did was enjoy the ride!
Zan’s #GoPro or @cager14’s #iPhone?? Vote now, but only if you’re 21 or above... because #Undi18 tak lepas lagi! #BBallManiax #FridayNightLights #Basketball
The reasons of many of the people who have told me that they are sceptical and will be holding out from being vaccinated is quite suspect to me. #Covid19 #Coronavirus #Vaccine #Vaccination
Exploring nearby gems and we found @wetworld_waterparks just 10 minutes away in our backyard! Actually, I’ve been driving past it for more than 20 years but have never been! Haha! Good wholesome fun mafakas! (Lousy food though! 😂😂) #TheBustAzlees #TheBustAzleeMafakas