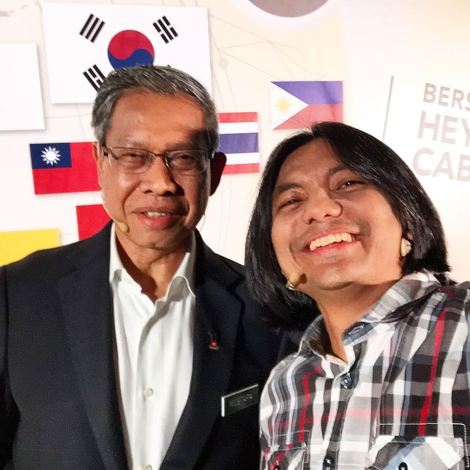 A little too late. They should have resigned much earlier
By Zan Azlee

The progression of the 1MDB scandal in Malaysia has been moving along quite fast. As we all know, former prime minister Najib Abdul Razak has been slapped with 25 charges, four related to abuse of power and another 21 related to money laundering. This is in addition to the previous seven charges two months ago.

Initially, Najib received prominent support. Well, prominent is of course relative. In his earlier court appearances, he had at least a handful of supporters who showed up to protest the legal action taken against him. Now, it seems that the number of who turned up is vastly reducing.

Most of the people who have been standing behind Najib are members of his own party, Umno. But now, many of them have stopped giving their support to him, and not just support for him has ceased, but their support for the party has also ceased.

Two days ago, the news was rife about the resignation of Mustapa Mohamed or Tok Pa, and Anifah Aman. Both are Umno supreme council members and are long-time seniors and veterans of the party. In the previous administration, there were also longtime cabinet members.

Months before that, three other Umno members who are MPs also resigned from the party. With all these resignations, the number of seats Umno holds in Parliament has been reduced to 49. This puts them at the same as PKR.

Tok Pa explained that his reasons for resigning from Umno are that he no longer had faith in the party’s cause and it is too much of a loss to be able to fix anymore. However, he will continue to serve his constituency of Jeli in Kelantan and will not let them down.

Anifah also explained his reasons for leaving Umno. The MP for Kimanis in Sabah said that the party no longer prioritised the effort to make sure that Sabah and Sarawak are equal partners in the Federation of Malaysia. Since that has been his political effort all this while, he no longer felt the party was a place where he belonged.

Then a day after their resignation, news reports started coming out about how the authorities are now starting to investigate Umno division leaders for apparent receipt of funds that were related to 1MDB. Apparently, many Umno leaders had already been questioned by the police, and this included Tok Pa.

Tok Pa did not deny this fact. He released a statement saying that the police were investigating Kelantan Umno regarding the alleged funds and he was merely questioned to assist with the investigation because he was the Kelantan Umno liaison chairperson at the time.

During the delivery of the charges to Najib (photo)  in court yesterday, it was mentioned that Umno is allegedly one of the biggest beneficiaries of the funds coming from 1MDB, about RM20 million. Apparently, this money came straight from Najib’s own personal account.

If everyone remembers, during the early days of investigations, the authorities seized so much cash in Najib’s residences. He and other Umno members have said that the money belongs to the party and they have been demanding that the authorities return it. What is all that money doing in Najib’s house?

Right after coming out of court yesterday, Najib addressed the media and said that all Umno and BN members need to stay loyal and steadfast during these trying times. He said that they needed to face the challenges and stand by the principles they have.

But with the resignation of some very top leaders (and the more respected ones at that), it’s going to be hard to maintain the perception that no wrongdoing has occurred. Now, the BN coalition itself is already in a very precarious position. What has happened to all the other component parties like MCA and MIC? They have been awfully quiet.

Unfortunately, all this has happened just a little bit too late. Why didn’t they say anything earlier on when they knew that dubious things were happening with Najib and the system? Why did they have to wait until the poop hit the fan to finally make the decision to leave?

It is quite obvious that they somehow benefited from it all and wanted to wait and see what was going to happen during the general election. If BN had won and continued to stay in power, I am very sure that they would all have just remained silent, pandered towards the party line and nothing would change.

Now that Umno is no longer in power and immunity and protection are gone, these leaders suddenly grew spines and now want to stand up for what is right. But if this is what it takes to make people realise, then I guess this is what it takes. It is just unfortunate that people need to be jolted so hard just so that they would right thing.

[This article was written originally for and published at Malaysiakini.com] 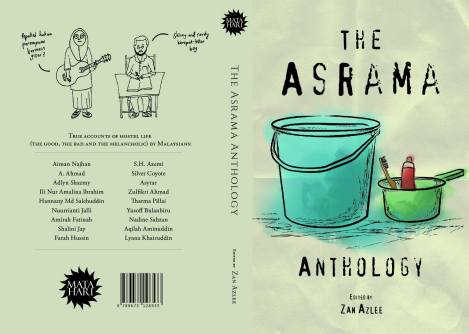