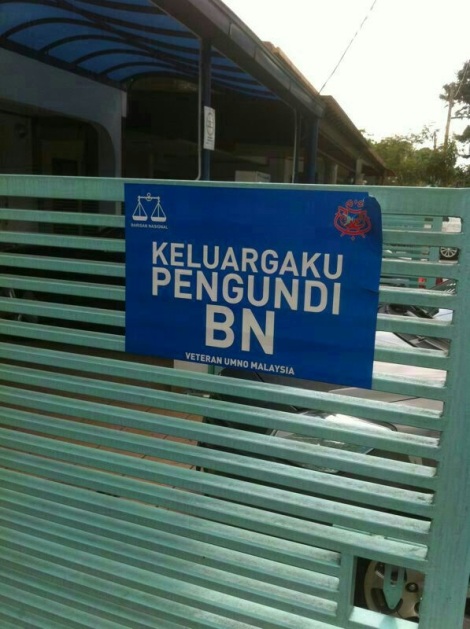 Should civil servants be punished for supporting Malaysia’s opposition?
By Zan Azlee

IT’S hard to be politically active in Malaysia. For those working in the government, it’s now gotten even harder to exercise their basic right to vote.

Last week, local media highlighted Education Minister Mahdzir Khalid warning teachers and ministry officers from supporting the Opposition. He said they were barred from joining any Opposition party or criticising the government.

Mahdzir allegedly stressed that disciplinary action will be taken against those who did. He also said they should resign before being asked by the ministry. But, he said that if they were to join the government, then it would be okay.

Today, official state news agency Bernama reported that Mahdzir’s comments were taken out of context and what he really meant to do was to remind teachers and officers to abide by the rules that govern civil service.

True or not, is this really surprising? I have spoken to many civil servants who have told me that personally, they feel they cannot vote for the Opposition or even voice anything critical against the government or ruling party.

I even have a friend who is in the military who admitted to me that he had to unfriend me on Facebook (luckily not in real life!) because he was worried of being associated with me and my journalism work, which at times can be fairly critical of the government.

They don’t actually say what the official consequences are, but they do admit that they feel scared and intimidated. So they just avoid doing so. Most give an indication that their livelihoods would be at stake. But that would just be my assumption.

Whether the minister actually said what he said and meant what he meant is actually quite irrelevant. The point of the matter is that Malaysians do feel intimidated. It doesn’t even matter if the consequences are real or not. The feeling has already been ingrained.

This has to slowly change. Acknowledging that this exists is one step. Sure, Mahdzir just denied it and said that his statements were taken out of context. But having this reported would hopefully have made the ruling party more wary of their statements and actions in the future.

Hopefully, we can see Malaysians themselves being braver and recognising their own rights as citizens in the future – it shouldn’t matter if they are civil servants or not. In fact, if they are, they would be in a better position than others to evaluate the politicians working in the administration.

So what say you, Malaysians? The general election will be due this year. Everyone should have the freedom and liberty to decide how they feel their country should be governed. Any form of intimidation should be stopped.