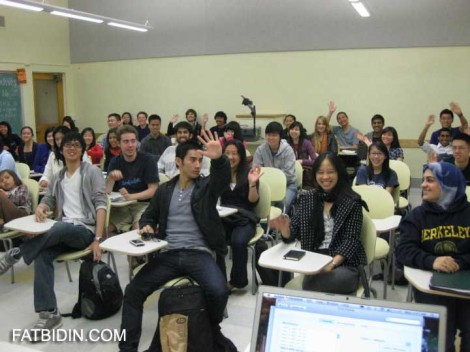 I HAVE a bit of a problem with certain aspects of Malaysia’s higher education system.

Aside from being a journalist and a filmmaker, I also teach Mass Communication to undergraduates at universities and colleges here. So I do have some degree of authority on the issue.

One of the biggest problems, to me, is that many employers tend to assume that those who graduate from local universities aren’t skilled enough to make employment. The issues they have with local graduates are many, ranging from language and communication skills to lack of practical knowledge.

Since I straddle both the industry and education, I have to say that from my experience as a hiring manager, it’s true it can be quite a challenge picking out a good candidate from our local talent pool.

I usually interview potential journalists and these are the two biggest problems I often encounter – lack of English language skills and/or lack of news sense. And that would mean that, whatever the industry, graduates just don’t have the right communication skills and industry knowledge.

Before I start detailing my experiences as an educator, allow me to highlight remarks made during a recent seminar in Kuala Lumpur that was organised by the Jeffrey Cheah Institute on Southeast Asia and the Malaysian Economic Association.

Professor Dwight Perkins, who is the Harold Hitchings Burbank Professor of Political Economy, Emeritus at the Harvard Kennedy School, said Malaysian universities simply aren’t producing graduates who can lead the nation and progress its economy.

The professor questioned the ability of Malaysian institutes to produce graduates with skills to innovate and an aptitude for research and development, without which the country will struggle with problems related to human capital.

One point he made, and which I have to strongly agree with, is that politics (too much of it) permeates Malaysia’s academic institutions. Perkins said that although teachers, management and students are picked on merit, a significant segment of the population continue to be left out.

This is in obvious reference to Malaysia’s affirmative action policy, a race-based system that benefits the country’s dominant race – the Malays and Bumiputera. He went on to say that the biggest problem in Malaysian universities is that privileges keep going to those who are already privileged.

Now let me explain the slightly more micro problems I’ve seen as an academic in Malaysia.

I’ve been teaching undergraduates for almost 13 years now. In local universities and colleges, the debate has always been on whether to be more practical or more theory-based when it comes to the syllabus. Most schools prefer to focus on the practical because they think this will train students the crucial “how to”.

Unfortunately, in the industry I’m in (film-making), what these universities fail to realise is that, although practical knowledge is essential, students must have a strong foundation in theory because without it, their understanding of the practical would mean very little.

Malaysia has always been the go-to place for post-production when it comes to big Hollywood film projects. The Academy award-winning film Life of Pi had its animation and post-production work done here. Netflix’s epic series Marco Polo was also done in Malaysia.

That’s not something to be scoffed at, of course, but it’s also really where the main problem lies.

Because it just means that while all the technical aspects of these projects were done in Malaysia, none of the creative and conceptualisation parts were.  Therefore, we have great technical crews, from the cameramen and editors to the special effects people, but no one to conceptualise fresh, original ideas.

Basically, my point is that if you can shoot great visuals and create amazing effects, but don’t have a story to tell, then what good is your technical skill? What visuals would you be shooting and for what purpose are your effects?

This is the result of our institutions putting so much emphasis on practical aspects that our graduates don’t have strong theory knowledge, which is essential in the conceptualisation process. And, we all know that those who conceptualise are the ones who run the show and own the intellectual property.

I’m not saying that practical knowledge isn’t important. Of course it is. There just needs to be a balance and that requires the right research and study done. A lot of what these institutions are doing are just based off hunches that their faculty have.

Then there is that perennial problem with English language proficiency. Many universities and colleges – both public and private – use English as their medium of instruction. However, how strictly they enforce proper use of the language on their students is a little suspect.

From personal experience, I know that many teachers close an eye to weak command of English whether in writing or speaking. They tend to think that as long as an idea is communicated across successfully, it doesn’t matter that it was done badly. And they just want to help as many students pass and graduate as possible.

But that to me is a debilitating move – both to our students and to our national economy. Because why would we want to produce graduates who aren’t pushed to their full potential?

I, personally, cannot accept such a thing because masterful use of the language lies at the very crux of the Mass Communication discipline – it’s what determines the success or failure of the message you want communicated to the masses. So I can be pretty strict with my students; I want them trained well and prepared to face the industry’s expectations.

On that note – I think our institutions need to engage more with the industry. Many have regular industry panels where they can get advice from relevant players. But these are usually held once a year just to fulfill written requirements, and not all the advice given are taken seriously.

There are more problems with Malaysia’s higher education system that I could probably highlight, but I guess these are the headline few that we must first address if we want our graduates to stand a fighting chance on the world stage.

Some might disagree with the need for a total overhaul but my honest opinion is that these changes are necessary for a start: removing politics from all aspects of university administration and making sure schools stay engaged with industry leaders and never get left behind.