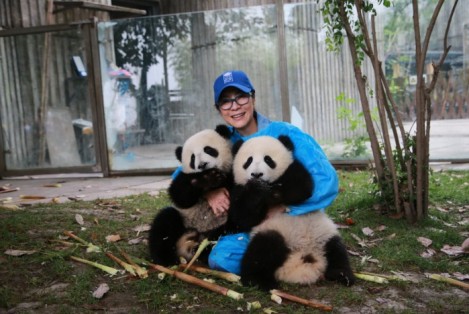 So what if Michelle Yeoh kept her Malaysian accent?
By Zan Azlee

MICHELLE Yeoh is one of few Malaysians who’s gone on to make a name for herself in the international film industry. She’s starred in many mainstream films from Hong Kong to Hollywood such as Crouching Tiger, Hidden Dragon and even in the James Bond series Tomorrow Never Dies.

She’s not really an A-list Hollywood celebrity, but she’s okay. Many Malaysians are very proud of her and she’s always been proud of her heritage, never once hiding the fact that she’s an Ipoh-born Malaysian. Unlike some of the other stars, who prefer to say they’re from Hong Kong or Taiwan.

So recently, Yeoh started making headlines. It was about her starring in the new Star Trek: Discovery series that will be coming out on Netflix soon.

In the series, Yeoh plays Captain Philippa Georgiou of the USS Shenzhou. A teaser on the series released by Netflix features a scene of Yeoh commanding her First Officer in English… in a very noticeably Malaysian accent.

It isn’t exactly an accent recognised the world over. Probably because there just aren’t that many of us around the world. But it does sound pretty Asian, so even if you can’t pin it as Malaysian, you’re likely to identify it as Asian.

The uproar started with sci-fi writer Swapna Krishna’s commentary on SyFy Wire, which spoke of how touched and emotional she got when she saw the teaser and heard Yeoh speak for the first time. She was so emotional in fact, that she even cried.

Krishna, an American of South Asian descent, said to her, Yeoh keeping her accent, and for a world-renowned science fiction media franchise no less, was a celebration of diversity on television. She said she saw herself, as a member of an ethnic minority in the US, being represented on a mainstream show.

That is all fine and good… until I read this statement by Krishna: “I personally do not speak English with an accent — I have the bland tones of someone born and raised in the Midwest”.

Now, I take issue with this. As much as Krishna is an ethnic minority, her words indicate that she, like many others, subscribes to the cultural imperialism the West has had over television media, or the media in general, all this time.

Also, this raises the question as to why there wasn’t the same uproar over Jackie Chan’s Rush Hour movies? He’s always maintained his accent in all his Hollywood movies, grammatical mistakes and all. I wonder if anyone cried listening to that.

Here’s the thing. In an age where everything is borderless (we can access television shows and movies from nearly anywhere in the world), this concept of cultural imperialism should have died a long time ago. Should have but it clearly hasn’t.

And especially so for a franchise like Star Trek, where diversity and multiculturalism form the backbone of the story, it really shouldn’t be seen as an issue when the captain of a ship speaks in an “accent” denoting his or her cultural background.

Nobody made a fuss when Patrick Stewart kept his British accent when he played the character Captain Jean Luc Picard of the USS Enterprise in Star Trek: The Next Generation.

And did anyone cry over William Shatner’s American accent as Captain James T. Kirk? I think not.

It just goes to show that at the end of the day, America and much of the Western world still see themselves as guardians and watchdogs of the content industry… and anyone else entering the game are seen as outsiders.

Yeoh, in her response to the fuss, said that it was a conscious decision on her part to keep her accent when playing her role on Star Trek: Discovery.

Well, good for her! But really… when has Yeoh ever not kept her accent in any of the movies or television shows she’s been in?

The end of the road! Lost by a mere one run in the finals! For a team that was only formed three months ago, they played tremendously well to get second place in the entire state of Selangor! No one can be disappointed and we’re so proud of Athena and the girls and the amazing teachers! Tak sia-sia turun padang bagi sokongan! We’ll come back stronger next year mafakas! #Cricket #TheBustAzlees #TheBustAzleeMafakas
Athena representing at state level mafakas! My #cricket superhero! The team qualified for the semifinals tomorrow and if all goes well and they become Selangor state champions, then it’s off to the national level! Whatever may come, Pops and Mum will be there losing our voices cheering! #TheBustAzlees #TheBustAzleeMafakas
Shooting and scoring to open the weekend mafakas! #Basketball #BBallManiax #FridayNightLights
Sabahan filmmaker Marc Abas tells a story based on the Kinabalu Guerillas who revolted against the Japanese in 1943 during World War 2. It’s one of the most amusing films we have ever seen! #SilenceOfThe177
Happy Chinese New Year mafakas!! It’s 21 all round! #KongHeiFattChoy #GongXiFaCai #ChineseNewYear #CNY #TheBustAzlees #TheBustAzleeMafakas
I didn’t like the film ‘Everything Everywhere All At Once’. I’m sure everyone is going to start giving me flak for it because Malaysians are all in love with that film now that our darling Michelle Yeoh has just won one of the highest mainstream accolades in the international film industry - a Golden Globe for Best Actress.
G-O-N-G-A-K
Day 5.