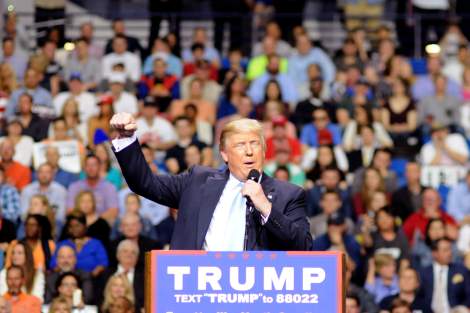 I can’t help but make a comparison between what is happening in the United States and with what has been happening for a long time in Malaysia. Of course, it is also because I am currently in Los Angeles attending a transmedia workshop at the University of Southern California.

Newly-minted US President Donald J Trump has been making the headlines in the last two weeks as he signs one executive order after another trying to change the laws and policies of the country as fast as he can after taking over from his predecessor Barack Obama.

The most controversial so far has to be the one concerning immigration. The order suspends entry of all refugees for 120 days, barred Syrian refugees indefinitely, blocked entry for Iranians, Iraqis, Libyans, Sudanese, Somalians, Yemenis and Syrians, even if they held green cards.

This caused protests in the country by tens of thousands of people who disrupted international airports in New York, Los Angeles, Washington and many other states. Lawyers offered help to those who were affected by the order.

I arrived at Los Angeles International Airport at the time when the order took effect and saw first-hand the chaos there. Of course, I did not face any problems entering the country because I had a valid visa and Malaysia is not on the ban list (despite the rumours).

Several Federal Court judges from New York, Virginia, Massachusetts and Washington even issued emergency rulings against the order. And all those affected but have a valid visa will now be granted a stay. The rulings will not allow the government to remove anyone who has arrived.

A day later, acting US attorney-general Sally Yates announced in a letter that she refused to defend the order regarding immigration signed by Trump because she does not believe that it is lawful:

So what does Trump decide to do? He fires Yates, stating that she has “betrayed the Department of Justice” and replaces her with Dana Boente:

“Ms Yates is an Obama administration appointee who is weak on borders and very weak on illegal immigration. It is time to get serious about protecting our country. Calling for tougher vetting for individuals travelling from seven dangerous places is not extreme. It is reasonable and necessary to protect our country.”

But that’s how politics in Malaysia works as well. As a political leader, one constantly needs ‘yes men’ in strategic positions in order to be able to hang on to power and influence.

Remember how Malaysian attorney-general Abdul Gani Patail was removed on the basis that his health was not good? Before he was removed, Gani was rumoured to have wanted to reveal evidence and charge Prime Minister Najib Abdul Razak over the 1MDB scandal.

So he was removed from his position and replaced by Mohamed Apandi Ali. Despite his ‘ill health’ as claimed by the government, Gani has gone on to be called to the Malaysian Bar and is now practicing as a lawyer.

And we can’t help but also look at how Muhyiddin Yassin was sacked as deputy prime minister and education minister, as well as Shafie Apdal as rural and regional development minister. Then, there is Mukhriz Mahathir who was forced to resign as Kedah menteri besar.

Now the prime minister, technically, did not do anything wrong and it was within his authority to remove all four of these people. All of the sacked politicians were vocal in criticising the prime minister and demanded fair investigations to be conducted on the 1MDB controversy. So, go figure.

And it looks like all the way in the opposite hemisphere of the earth, Trump is now doing the same thing. He is not doing anything wrong by signing the executive orders (although the orders themselves can be challenged) or firing Yates.

It may be just how politics are and it may even look like authoritarianism. All I’m saying is that we have seen this kind of politics in Malaysia for many years. Now, it is just amusing (and also worrying) to see it happening in the first world, too.