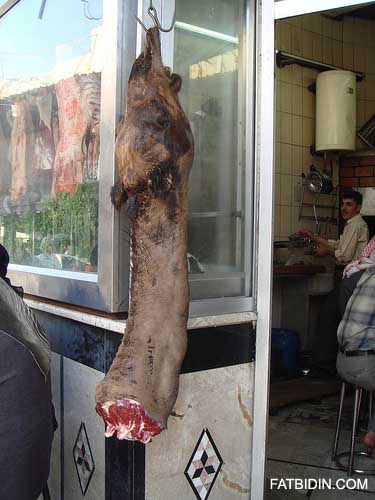 I am truly disgusted to have discovered only recently that I have been consuming non-halal food from Auntie Anne’s. Little did I know that its Pretzel Dog actually contained dog in it. I can only leave my redemption in the hands of God now.

I have also unknowingly consumed dog and drank beer for decades at one of my favourite fast food joint – A&W. I have been frequenting their establishment since I was a kid. I guess my parents were duped too all this while.

I may not be able to go back in time and uneat all the non-halal food that I have been fooled into eating. But at least, now, with the wonderful work done by the religious authorities and consumer associations, our future generations will be safe.

Since we are already on the subject, I would like to bring the authorities’ attention to other dishes that have been so frequently served in Malaysia without any of us ever thinking twice that they could ever be non-halal.

This is a traditional east coast kuih from Terengganu. I think it should be declared non-halal because it is wrong to eat another human being, what more someone who has royal blood. Also, she is bathing and would not be decently dressed.

This kuih comes from Kelantan and from the name itself, it is very clear that its base is from the droppings of ducks. In Islam, or any religion for that matter, faeces is considered ‘najis’ or filth. Hence, this kuih should immediately be declared non-halal.

Another kuih from Kelantan. I’m actually not sure if hippopotamuses are actually halal or not to eat. But it doesn’t matter. Just the thought of eating a big, fat hippo just sounds disgusting. So don’t ask too many questions. Please just make it non-halal.

We have seen numerous PSAs (public service announcements) on television in the past telling us how dangerous glue sniffing is. It is considered substance abuse. So if this is the kind of ingredient that is going into this popular Johor dish, I say it’s non-halal.

As you can see, I’m going state by state here. Laksa Johor might seem like a harmless dish. But did you know that it’s main ingredient is spaghetti? Yes, Italian spaghetti! Aren’t the majority of Italians Christians? That’s it – non-halal!

This is a unique dish from Sarawak. But, eating monkeys (or more specifically, macaques) has never been halal as far as I know. It is an animal that has sharp teeth or fangs that they use to occasionally kill and eat small animals.

Originating from Negri Sembilan, this is one kuih that I doubt can really be eaten in the first place. I don’t know what these people were thinking when they made a kuih out of a bowl. How can we eat bowls? Is it made of clay, glass, ceramic, styrofoam or melamine? It has to be non-halal.

This is a traditional kuih from Selangor. This should be non-halal for the same fact as the first kuih on my list. Eating humans is not condoned by any Abrahamic religion. And this one even has racist connotations. Are Bugis people tastier than others?

Yes, we Muslims in Malaysia should be thankful because we have such responsible parties who have selflessly taken it upon themselves to make sure that we don’t accidentally be fooled by this confusing thing called words.

Certain words can mean many different things and not everyone has the intelligence and mental capacity to understand them. So it can be very dangerous for a society that is stupid. They can be persuaded and swayed very easily with mere words.

The Quran does say, in Surah Iqra, that everyone should read and the Prophet Muhammad had also emphasised the importance of learning and gaining knowledge for Muslims. But hey, this would all involve words. And, according to some people, words can be confusing.

And so, the Muslims and Malaysia shall continue to progress and move forward in the modern and global arena without ever having to use their intellect at all, thanks to a certain group of people.

[This article originally appeared at Malaysiakini.com]