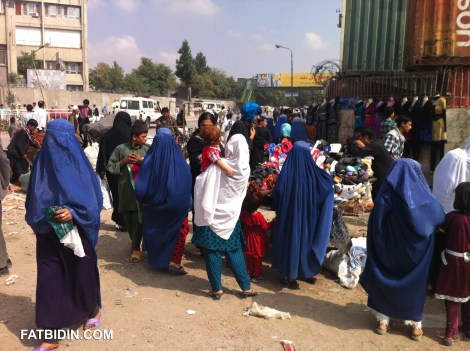 The tabling of Pas’ Private Member’s Bill on hudud has finally been tabled in Parliament. It has been set that the Bill will be debated at the October session of Parliament.

Pas has strategically partnered and aligned themselves together with Umno in getting the bill pushed up in the agenda of the order paper and is has succeeded.

It comes as no surprise that Pas President, Datuk Seri Abdul Hadi Awang, would again try to raise this issue now that they would be contesting in the by-elections in Perlis.

If you remember, the last time Pas brought this up was in March 2015. It was conveniently at the time that was leading up the Pas Muktamar party elections.

It failed to be tabled last year because it was pushed so deep down the agenda that there was no time for it at all. And that was because it did not serve any purpose for Umno at that time.

It’s different now because the by-elections in Perlis will see a three way race since the split in Pas that happened previously which saw the new party Amanah being set up.

Now, if and when Pas nominates a candidate, Amanah will definitely do so too. And that will be a good thing for Umno (or Barisan Nasional) because it would segmentise the opposition vote.

It’s obvious that Pas is actually implementing a strategy by politicising the hudud issue to play to the voting public in Perlis at the moment.

The hudud Bill itself is doubtful to ever be implemented. The number of MPs supporting it (even with Umno and Pas) won’t be enough to beat the rest who do not (that we know of, that is).

I have written extensively about the hudud Bill and why it is a problem. You could read the full article ‘The problem with hudud is Pas’.

But in a nutshell…

Hudud has been around in Kelantan (and even in Terengganu when PAS managed to take over the state briefly) since 1993, but its implementation has never been able to be done.

There are several problems with implementing it, mainly that it is unconstitutional because it involves criminal law and the penal code, over which the state does not have jurisdiction.

If a person steals, the hudud punishment is to cut off his or her hand. Stealing is a crime, hence it falls under the penal code which is under federal jurisdiction.

If someone is robbed or murdered, the punishment can even be death. And again, these are crimes which fall under federal jurisdiction, not the state’s.

Then how about Shariah law which falls under all the states’ jurisdiction, you ask? Well, it has its limits. Most offences under Shariah law are not crimes but technically moral offences.

Examples of these are adultery, drinking alcohol, being in close proximity with someone from the opposite sex who isn’t your spouse, etc. These are not crimes that fall under the penal code.

And even the punishments that are meted out under state Shariah law are very limited, such as whipping that doesn’t exceed five times, a fine under RM2,000, etc.

So the only jurisdiction the states have is small and limited. All other serious offences that are actual crimes still fall under federal jurisdiction.

And as we know, for anything that falls under federal jurisdiction, any change means amending the Federal Constitution. This requires the important two thirds’ majority in Parliament.

Then there is the issue of Article 8 of the Federal Constitution, which relates to equality in the eyes of the law. All individuals are entitled to its equal protection.

Under Article 8, no one can be discriminated against because of his or her religion, race, descent, gender or place of birth in the administration of any law.

So for an individual to be forced to go through a second penal system (hudud) just because he or she is Muslim would be in violation of the constitution.

So here’s the deal: implementing hudud is hugely problematic from a legal and societal point of view. Let’s not even start with its religious problems (this one is for another series of articles!).

If it weren’t a problem, it would have already been implemented by Parliament way back in 1993 when PAS first took power in Kelantan.

And if you’re interested, here’s a podcast I did with my brother Aizyl Azlee discussing the issue: