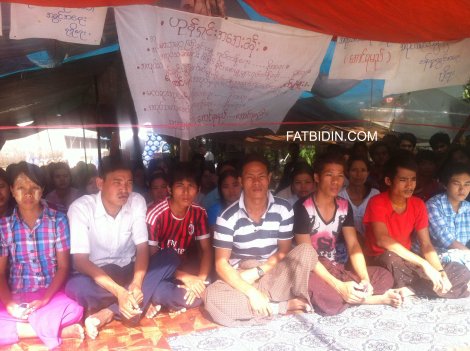 The illusion that is Aung San Suu Kyi
By Zan Azlee

Much has been said about Aung San Suu Kyi recently, and none of it has been positive. This is probably something the Nobel Peace Prize laureate isn’t used to.

Seen as a symbol of liberation and democracy, she is being accused of the total opposite now that her party, the National League for Democracy (NLD) has taken over the government in Myanmar.

She is the country’s first democratically elected leader since 1962. Myanmar had been ruled by a military junta between then and now.

Aung San Suu Kyi had gone through tremendous sacrifice and suffering for her country. The whole world should be familiar with her house arrests over a span of 21 years.

So she rightfully deserved the Nobel Peace Prize when she got it. There is no doubt over that and I am not one to now say it has to be taken away from her.

But back to the negative criticism that has been, surprisingly respectful and polite, thrown at her in the past few weeks.

Aung San Suu Kyi has been criticised for being silent and not taking action about the Rohingya issue that has been afflicting Myanmar all these years.

In fact, she has been reported to have advised the United States ambassador to Myanmar not to refer to the term Rohingya to describe to the persecuted Muslim community.

A Myanmar government spokesman, U Kyaw Zay Ya, said that the government only recognises 135 ethnic groups within it’s borders and Rohingya is not one of them.

“Our position is that using the controversial term does not support the national reconciliation process and solving problems,” he was quoted in a New York Times.

In 2013, I was in Myanmar shooting a documentary about how the military junta was slowly opening up the country to the world.

I had long discussions with Khein Thurein, my fixer and local Myanmar journalist, about Aung San Suu Kyi. I did not have the opportunity to meet with her while I was there.

Thurein had told me that in Myanmar itself, she had always been criticised for not thinking of Myanmar as a whole country with a diverse society.

One of the main criticisms against her at that time was that she always only referred to ‘the Burmese people’ in her speeches and her writings.

According to Thurein, this angered the people because the Burmese are a specific ethnic group and whenever she used this term, it alienated the rest of the society.

Maybe, Aung San Suu Kyi is just a politician and she is playing to the political strategy that she has set out for herself and her party in order to gain and stay in power.

This could just be a case where the whole world has projected a saint-like image of Aung San Suu Kyi that probably isn’t exactly accurate.

Over the years, the international community has made her out to be a hero and the saviour of everything that it might not even be in line with her own plans.

Now, even the way the NLD is run has started to leak out and, apparently, it is quite an authoritarian party with it’s leader running it with sole control.

But of course, the NLD government is not even a year old and it might just be a little premature for us to judge them. And let’s hope that the illusion that is Aung San Suu Kyi does not fade.