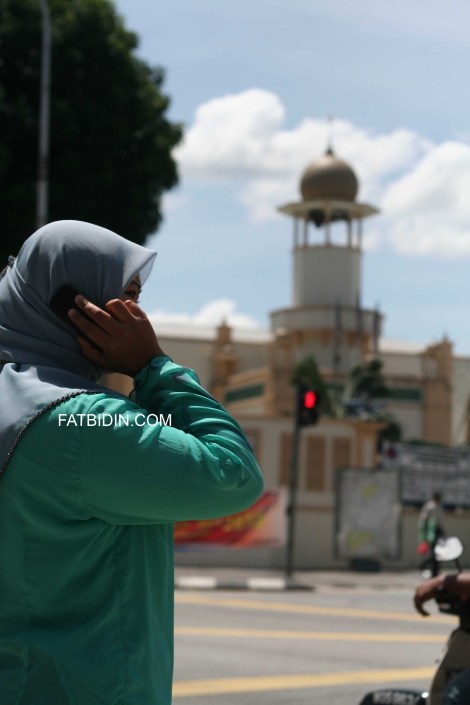 How do we deal with holier than thou religious authorities?
By Zan Azlee

When I was in my university days (give or take about 20 years ago), I remember there was one night when a cultural event was organised by the students.

There were a lot of interesting activities during the day and evening and it was quite entertaining and educational too. Standard campus affairs, of course.

The closing show was a dance performance and it started out pretty okay with a group of guys dancing to the tune of an old Malay traditional song (of which title escapes me now).

About five minutes into the performance, all of a sudden, the entire hall went dark and the air-conditioning turned off as well. At first, we all thought it was a power trip.

Just as a group of students were about to go and call the maintenance department, another group stormed in carrying torch lights. It was the Islamic Society committee members.

Apparently, they had heard that the performance of the night was going to consist of a group of males cross-dressing as females and dancing on stage to entertain the crowd.

They felt it was their responsibility to put a halt to an activity that they alone considered wrong in the eyes of God. If they had allowed it to go on, a sin would have been performed and propagated.

Sure, the group of male students that performed the dance would be acting, and some might say, a little effeminate. But so what? It had nothing to do with anything.

These holier than thou members of th Islamic Society had taken it upon themselves to prejudge the performance as if to say that they knew what was best for the rest of the student community.

Now, I would like to ask who died and made them the judge and jury of all religious sin? How dare they think that they are in a position above everybody else to judge people?

This is exactly the same with what had happened a few days ago when the Federal Territories Islamic Department (JAWI) stormed in and raided a private charity fund-raising function.

This caused quite the furore when lawyer Siti Kasim, who was at the function, accused the religious authority of purposely coming to disrupt the function and wanting to cause a sensation by bringing along the media.

She also claimed that JAWI were out of their jurisdiction and that they had no right to be there without a warrant, without having the police with them, and claiming that it was a beauty pageant when it wasn’t.

Women and gender rights groups are now demanding that there be a review of the Syariah Criminal Offences (Federal Territory) Act 1997, claiming that JAWI’s action were intended to humiliate and intimidate.

Personally, I agree because I feel that the prejudging people is something that is wrong and against the the religion. Being righteous is one thing, but being a bully and thinking one is better than others is another.

Now, I would like to ask the same question that I had asked 20 years ago. Who died and made them the judge and jury of religious sin? How dare they think that they are acting in the name of religion.