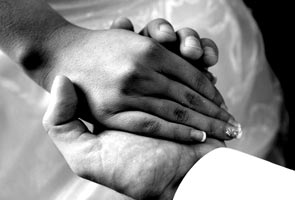 I don’t allow my daughter to watch a majority of Malay dramas and movies because   I think they are a bad influence for her as a girl and as a human being in general.

She is at a very impressionable age right now and I don’t want her thinking and perspective on life to be tainted by what she would see on the screen or television.

This is something that I think and discuss about with my family and friends and overall, they all agree that this is the right decision to take.

Let me explain using this simple but true example.

“Abah, why is everyone always shouting and fighting on TV,” asked the daughter of a very close family friend.

“Let’s turn off the television, okay?” responded her father.

I don’t like the fact that so many Malay dramas  like to portray internal family fighting, divorce, rape, degradation of women and the worshipping of material wealth .

Recently, the movie Suami Aku Ustaz receive a loud bashing in the media for apparently being very degrading to women and even seems to condone paedophilia.

I spoke to sex educator, June Low, who had publicly criticised the movie on her Facebook page. Her posting was picked up widely by the media.

She explains that the movie tells the story of a young girl in secondary school who is forced to marry her cousin, an ustaz, because her parents will be going to Mekah for sometime.

“She is 17 years old and loudly expresses her unwillingness to marry. But she has to anyway and I have a problem with that,” said June.

“It shows child marriage in a positive and favourable light when in actuality it is illegal.”

And I have to agree with her because I feel that Malaysia just has too many cases where adults commit rape against underage children and get away with it.

What is despicable is the that they get away with it because the authorities, and even the children’s guardians, seem to think that the best solution is to get them married.

And religion is always used as an excuse because, apparently, once they a married, they would no longer be committing a sin by having sex out of wedlock.

To hell with the fact that the underage child forced to get married will  forever be mentally tortured and have her whole life stunted, a decision not of her making.

Veteran entertainment journalist and Astro AWANI  digital editor, Muzaffar Mustapa, explained that this is a recurring problem in the Malaysian mainstream industry.

“The quality of a film no longer plays a role. The box office takings will dictate the success of a film. And that formula will just continued to be recycled,” he said.

And this is what I’m worried about because Malaysia will never come out of this archaic thinking that is actually decaying the progress of our society.

“You know what would be a good idea for a movie? If it told the story of a strong and independent woman trying to make her way in a society that wants her to become the total opposite,” said June.

Now that would be a movie I would gladly allow my daughter to watch.

[This article was originally published at English.AstroAwani.Com]

And by the way, my brother and I also did a podcast about this with June Low. Check it out yo!

There has never been a situation where I am lining up to pay for my coffee at a cafe and an orangutan just pushes me aside and tries to kill me because he wants to get his iced frappuccino first.
I had the pleasure to spend the last two nights moderating dialogue sessions for artist Gan Siong King (@yarimoriya) at his video exhibition titled ‘All The Time I Pray To Buddha, I Keep On Killing Mosquitoes’.
Friday night date with a blondie!
We finally watched J2: J Retribusi! Yippee ki yay mother fuckers! Best ke cerita ni? Let's find out! #J2 #JRetribusi
This morning, we realise it is the first time all three kids are out of the house for school at the same time! Like what Braveheart said… “FREEEEEEEEDOM!”.
My super-celeb and famous artist friend Gan Siong King is exhibiting his film/video project called 'All the Time I Pray to Buddha, I Keep on Killing Mosquitoes'.
I was on @bfmradio’s #ABitOfCulture with Kam Raslan and @kamil.othman1. We talked about online film criticism in Malaysia, common film tropes and the export of South Korean culture! Sexy stuff!!
In the case of the 19 year old boy getting punished by the members of the mosque for attempting to steal donation money, if anything, their actions would likely push the boy even further away from the mosque and the religion.