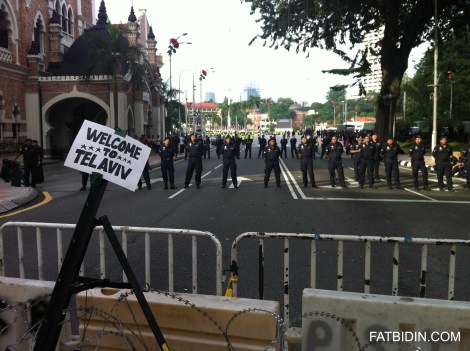 Writers should not be threatened by police reports
By Zan Azlee

The recent police report made by a chairman of an NGO against online columnist Mariam Mokhtar for an opinion piece she wrote is a worrying precedence.

As is the case in Malaysia, every single expression that could slightly offend someone can be made into a police report in order to intimidate the person making that expression.

For someone to have to resort to making a police report over a piece of writing, it just goes to show that he does not have the ability to engage with the writer in the most appropriate way.

Personally, I have read many things that I find offensive written by many people (such as Ridhuan Tee and the likes) in many publications, online and in print.
But I do not make police reports against these writers because I believe that they have a right to express whatever their thoughts and opinions are, no matter how absurd.

But what I would do, and have done many times, is to engage writers by writing my own thoughts and opinions to counter what I disagree with.

In fact, there have been times where another writer and I had a go for several weeks criticising and having a blow with each other in our weekly columns. No reports were made.

And that is exactly how it should be because that is what a rational discourse is supposed to be like, with the public chipping in and making up their own minds as well.

No good ever comes from shutting people up through force rather than logic and reasoning. And that is why I will continue to advocate for no censorship.

If police reports are continuously made against writers because of their writing, then it would be a matter of time before there will no longer be thought-provoking writing to push society. [Click to read the full article at The Malaysian Insider]