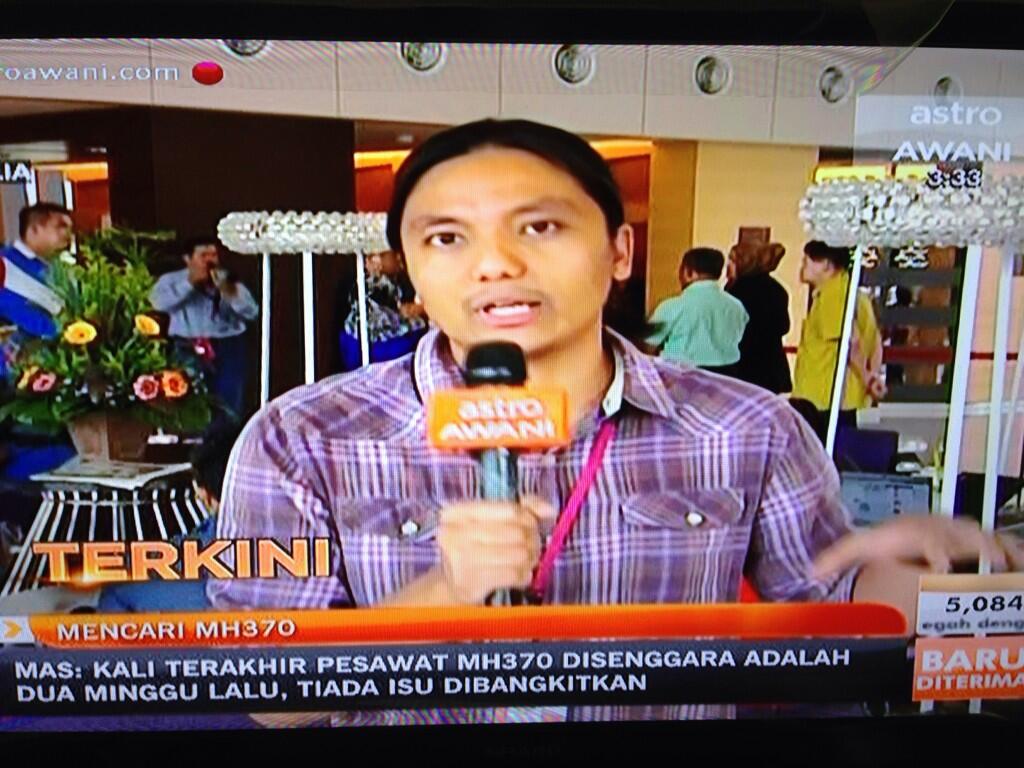 The many theories of MH370
By Zan Azlee

Amongst my friends and family, it seems that I’ve become sort of an aviation expert specialising in the field of missing aircrafts. They ask me all sorts of questions about the missing MH370 flight.

My answer is always the same – “It’s aliens, obviously.”.

It’s funny how an accountancy degree holder who turned into a writer, documentary filmmaker and journalist has now become an aviation expert.

After thirteen days, so many experts have formed theories of their own. Even ordinary folks with no aviation background have been in the limelight just because they have an interesting theory.

Like a friend of mine said, “I used to fold paper airplanes when I was in primary school. I’m willing to share my thoughts on MH370 with any reporter out there.”.

Among the more popular, or maybe plausible, theories include the one where MH370 could have been hijacked, then shadowed another commercial plane.

An aviation enthusiast, Keith Ledgerwood, believed that the aircraft then shadowed a Singapore Airlines to land in either India or Afghanistan undetected.

There is also a probability that the disappearance of the aircraft could be related to pilot suicide, as there have been cases of this before.

This theory has led to the pilots’ background being investigated, exposing their political beliefs and even their family and financial situations.

Some media have even gone as far as to demonise the captain of the flight, Zaharie Ahmad Shah, saying that he could have hijacked the plane himself.

The latest theory seems to be a more positive perspective where a veteran pilot, Chris Goodfellow, said that Capt. Zaharie did what any experienced pilot would have done to ensure the safety of the passenger.

Goodfellow believes that something went wrong (ie: fire) that caused Zaharie to make a turn to the nearest airport, which was Langkawi.

KLIA would have been out of the question since it was further from where they were over the South China Sea and the ground terrain they had to cross would have been rough (Titiwangsa mountain range).

He and his co-pilot probably were overwhelmed with smoke or fire and could no longer control the plane and it just flew and crashed along the way.

Of course, after covering the incident for close to two weeks now, even I have come up with a theory of my own (hey, you can’t blame me, right?).

In my opinion, it could probably be a big cover up. Maybe, an unidentifed flying object (aliens or spy drone – depends on what is more plausible to you) had gotten itself off course.

Then, the unidentified flying object flew right into the flight path of MH370, hence causing a mid-air collision and a massive explosion.

You may ask, after thirteen days, where is the wreckage then? Well, it could be a delay of information by authorities until they can figure out what the UFO really is or what what to do with it.

But hey, that’s just another theory. And I’m not even an expert, just an accountancy degree holder who turned into a writer, documentary filmmaker and journalist.

Let’s hope we don’t get cholera! 😂😂 #TheBustAzlees #TheBustAzleeMafakas #HuluTamuEcoResort #HuluTamu #BatangKali @hulutamuecoresort
What better way to spend your Saturday than to watch me on a live discussion show talking about the Malaysian film industry along with some pretty decent filmmakers! #Spotlight #LensaFinas #TanpaPrejudis #Finas @finasmalaysia
Unfortunately, in Malaysia, everyone has been conditioned to think a clear two-thirds majority is the only way for a government to function. But does it really have to be that way?
Celebrating Malaysians who help form the nation into the melting pot of arts, culture and enterprise that it is today. @sherilabustaman wrote this in conjunction with #MalaysiaDay.
The Sabah state government recently rejected the Federal's plan for a law restricting propagation of non-Muslim religions. I think that's great! We in the Semenanjung should check ourselves and see if we actually have deep relationships with those of other races and religions other than the people who we just greet on a superficial level.
Today’s office… across the road from the entrance of Parliament. Live crosses for @trtworld on #Malaysia’s first day of Parliament under new Prime Minister #IsmailSabri. Looks like an MOU/CSA is happening! Positive step for Malaysian politics? Let’s hope so. #JournoDad #Journalist #TRTWorld
It’s been months but we’re back mafakas!! Glad that my basketball buddies aren’t anti-vaxxers! #BBallManiax #FridayNightLights #Basketball
We can't stay locked down forever. So let's just manage Covid-19 and get on with life when it's obvious that we can’t eliminate it totally.