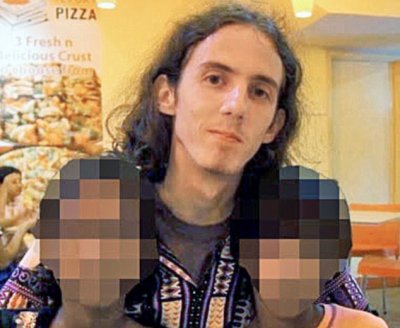 We need sex education in Malaysia
By Zan Azlee

Malaysia has been in shock by the news of the arrest of British paedophile Richard Huckle who is believed to have sexually abused 200 children around the world, and 22 were in Malaysia.

He had posed as a teacher and religious philanthropist when he preyed on children from poor families in Kuala Lumpur, where he had stayed in between 2011 and 2014.

Huckle is reported to have admitted to committing the crimes and the children he had abused were between the ages of 6 months and 12 years.

As a father and just a normal human being, I find this disgusting and appalling, as I am sure many are as well. I am outraged and it has got me thinking about mainly two things.

The first is that I am in agreement with the statement that was released Fahmi Fadzil, the communication director of Parti Keadilan Rakyat (PKR).

I believe that we need to question the Malaysian authorities on why they had no clue as to the atrocity that was being committed in the country by Huckle.

How could the Malaysian police not know anything about Huckle when reports show that his crimes were discovered in 2014?

What about the Malaysian immigrations? How can they seem so efficient at monitoring illegal foreign workers and not know that Huckle is being investigated on and allow him to leave?

Of course, the police have stated that they were only informed of the case by Britain’s National Crime Agency only a month ago.

But that is irrelevant. It just shows that it is too easy for a sexual predator to commit crimes in Malaysia without being detected and caught.

Secondly, I am prone to think that our society is just too apathetic when it comes to sexual wrongdoings. It is never taken seriously.

I have heard many times when men casually say things like; “Look at that little girl. She’s so cute! We can ‘bela’ her and when she grows up, she would make a good wife!”.

If that isn’t an intention to groom a minor, then I really don’t know what is. The sad thing is that this just accepted as funny, and in some cases, taken as a serious and accepted intent.

It is this apathy, and the fact that our society doesn’t even see things like this as being wrong that is of concern. Why isn’t it seen as wrong?

I strongly believe that it is because we don’t even have proper sex education in our educational system in order to create awareness and prevent sexual crimes against minors.

Instead, arguments against sex education is made because apparently, it will teach our youth to be sexually promiscuous. What stupid logic!

Sex education teaches youth to understand what sex is and the maturity to handle it. Most importantly, it is a proven way to educate them about sexual crimes and STDs.

It just so happens that this high profile international case with Richard Huckle is making headlines. Locally, there have been a tremendous number of sexual crimes being committed.

It is often, we hear reports of sexual abuse that happen in our local communities, from incestous rape to sexual harrasment. It’s time our society realises that we need to get serious about it.

So wake up Malaysia!

When you’re just too fast for the defence to catch! 😎😎 #FastBreak #EasyBasket #Basketball #BBallManiax #FridayNightLights
Personally, I feel that the pros of keeping schools open more than outweigh the cons. #MCO #PKP #Covid19
Ramadan #basketball session + sahur! #BBallManiax #FridayNightLights
The prolific #MamatKhalid returns with another tale from #KampongPisang! #18PuasaDiKampongPisang #18Puasa #KampongPisang @khalidmamat @astroshaw
Buka puasa with this bunch of IG stalkers and then a round of #JustDance on the #Nintendo!! #TheBustAzlees #TheBustAzleeMafakas #YoungArif #FatBidinHQ
@sherilabustaman meets different Malaysians who are doing their best to be kind and she implores everyone to do the same!
We need more people to condemn the practice of 'period spot checking'. Government authorities, religious authorities, everyone and anyone should express condemnation regarding the issue. Let it be loud and clear that Malaysians do not stand for things like this happening to our children.
#Ramadan #basketball session!! #BBallManiax #FridayNightLights